The industry has a number of tools to help focus collaborative working. So, is partnering still the future of construction? 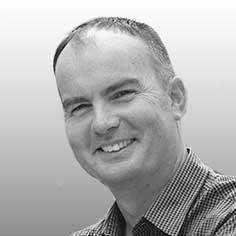 The rate of the rise of partnering (by which all types of collaborative practice is referred to in this article) in the pre-recession years was surpassed by its rate of decline during the years when the economy contracted. Many construction clients chose not to circle the wagons and see off the bad times together within their frameworks, but instead dusted off their competitive tendering procedures and put the clock back to the pre-partnering times. This knee-jerk reaction was always going to be exposed as such and, happily, the forces at work to improve the industry have resurfaced.

The agenda for change has some powerful new tools to support it. The emergence of Building information modelling (BIM) is the most well-known. The integration, communication and mutual benefit in BIM is the ideal match for the partnering collaborative approach. The two processes are fully compliant and the links can be further enhanced by using a multi-party contract such as the PPC 2000.

Integrated project insurance is another driver in the re-emergence of partnering. The good sense of this approach is self-evident - why insure every single participant on a project when you can insure the project itself? Anecdotally, the resistance to change comes from the insurance industry and from those contractors and subcontractors who feel unable to rely on one policy of insurance.

No individual insurance is needed if the parties are not going to sue each other. Developments in the United States have taken good faith clauses a stage further. The Consensus Docs.300 contracts have an option for use with a mutual waiver of liability clause. This goes hand-in-hand with their notion of “safe harbor” decisions where a no-blame culture is created. These clauses have not yet been tested in the courts.

Returning to the domestic arena we see that, in recent years, the law on good faith clauses has remained uncodified despite some encouraging judicial pronouncements. Judges have found behaviour incompatible with the good faith clause to be discreditable and have given judgments accordingly. Good faith clauses do though, one senses, remain deeply unattractive to the establishment and are viewed as a Pandora’s Box of problems waiting to be unleashed. However, it is hard to see how the judiciary could legitimately refuse to enforce a mutual waiver of liability clause of the type in use in the United States.

Allow me to look ahead to the future direction that partnering may take domestically and abroad. For my money, partnering is more and more starting to resemble a fiduciary relationship between the stakeholders. The participants take on the role of trustees for the benefit of the beneficiary project. Whilst this extension of the notion of partnering is fraught with legal difficulty, not least of which the conflict of interest and non-profit points, it does seem to be the logical destination of where the pathway leads. Sharing experience and thoughts with our American cousins on these points can only be a good idea (I am currently conducting research comparing contracts and practice between US/UK and would welcome any input into this from your readership).

Is this what the industry wants? Certainly, public clients would see the appeal of such an approach. This would be all the more apparent if backed by the type of savings claimed on the recent trial project at Boreham Wood and elsewhere. It is always harder to persuade clients in the private sector to put the effort and resource into setting up a scheme in this manner.

Furthermore, many in construction may prefer their industry red in tooth and claw. I conducted a recent pilot study of part-time students which established their preference was for adversarial type construction practice. Perhaps this is sticking with nurse for fear of something worse and being wary of change.

Change, as we know, is inevitable and it is only the rate of change which is in question. The imposition of fiduciary type laws and regulations on collaborative practice could bring benefits in terms of giving participants a clear indication of their duties and expected behaviour.

Making money is largely compatible with this and as in a successful partnership there should be prizes for all. Establishing these ground rules could allow the cycle of persecutor/rescuer/victim to be broken to the undoubted benefit of the construction industry.