Construction cartels – don’t get caught out

If you’ve accidentally fallen foul of anti-competition law, come clean to avoid or minimise the fines 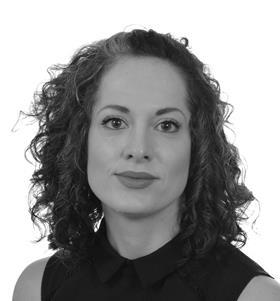 With the Competition and Markets Authority (CMA) having recently handed down fines totalling more than £9m on two of the UK’s largest suppliers of rolled lead for breaking competition law, it is vital businesses that have been involved in anti-competitive practices come clean if they want to minimise the inevitable fines they will face.

After handing down the £1.5m and £8m penalties to Associated Leads Mills Ltd and H.J Enthoven Ltd (trading as BLM British Lead) respectively, the CMA’s executive director of enforcement, Michael Grenfell, said the construction industry was firmly under its spotlight.

According to research commissioned by the CMA in 2018, 77% of UK businesses admitted to not understanding competition law, with 79% of respondents stating they regularly meet with rivals in social situations – putting themselves at risk of crossing the line without realising it.

It is clear that any companies entering into illegal arrangements that restrict competition will be penalised. If competition law is infringed, the consequences are serious and can damage a business and an individual’s career. Therefore, it is important that businesses understand the rules.

In July 2017, the CMA started its investigation into suspected anti-competitive arrangements in the UK roofing materials sector under the Competition Act 1998. Three years later, both Associated Lead Mills and BLM admitted their roles in the arrangements.

The CMA found that four anti-competitive arrangements took place between October 2015 and April 2017, namely that Associated Lead Mills and BLM had colluded on prices, exchanged commercially sensitive information, shared the market and arranged not to supply a new business that risked the firms’ existing customer relationships and that was also a potential competitor.

The informal nature of some business discussions, coupled with a lack of knowledge, means there is a risk of crossing the line without realising it

An anti-competitive arrangement can be reached informally over a beer – there is no need for a formal, written agreement. The informal nature of some business discussions, coupled with a lack of knowledge, means there is a risk of crossing the line without realising it.

An infringement of competition law can occur at any level in a supply chain, with anti-competitive practices ultimately depriving customers of the efficiency, innovation and equitable pricing that fair competition encourages. Such practices can make it extremely difficult for other businesses that are not part of the arrangement to survive and grow.

The CMA can investigate if it has reasonable grounds to suspect there has been anti-competitive behaviour. The investigation itself can be stressful as the CMA can demand information (backed by sanctions of a fine if the request is not complied with), attend premises unannounced, and require that questions are answered by any person connected with the business – from temporary staff, through to the managing director.

If competition law is found to have been infringed, companies can be fined up to 10% of their annual worldwide turnover, individuals can face prosecution, and directors can be disqualified. Businesses and individuals can also suffer reputational damage.

Proactive compliance is essential, as prevention is better than cure. It is important to make sure your business has a written competition law compliance policy and detailed staff training programme in place. A major risk factor is a lack of internal competition law awareness within a business, so these are vital tools that can be used to avoid becoming involved in anti-competitive activity.

If you think you or your company might have been involved in anti-competitive activity, you should seek legal advice on how best to minimise liability. The CMA has an immunity/leniency programme and a settlement procedure that may be available if the activity is cartel related.

The immunity/leniency programme provides for the avoidance/reduction of fines and also immunity from prosecution and disqualification proceedings. Whether immunity or leniency is available (and its extent) will be determined on a case-by-case basis.

For example, the first cartel member to report and provide evidence of anti-competitive arrangements may be granted total immunity from fines and criminal prosecution for any of its co-operating current or former employees or directors, as well as prosecution from director disqualification proceedings for all cooperating directors.

This is as long as the CMA is not already investigating the cartel, does not otherwise have sufficient information to establish its existence, and the other conditions for leniency are met.

If unable to take advantage of the immunity/leniency programme (or if wishing to try to reduce its liability further), a business should consider using the settlement procedure. This procedure, which requires that the business admits liability and agrees to an expedited investigation, allows for a discount of up to 20% on the penalty imposed.

In the recent lead cartel case, it is worth noting that the fines were reduced under the CMA’s settlement procedure because Associated Lead Mills and BLM ultimately admitted their involvement in cartel activity.