Suggestions that UK workers, particularly within the construction industry, could be working harder are unfair 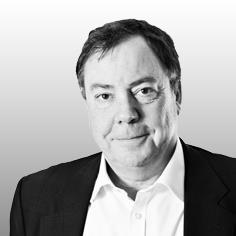 There has been a lot of talk of productivity failings in the UK at the moment. We must “up” our game so the current government has told us. Those working in the built environment like me would take issue with critical professional politicians when their own experience of commerce and industry seems to amount to little more than watching the odd episode of Dragons’ Den. Here in the real world, UK plc does not actually fare too badly against our competitor nations.

As we all return to work after the summer, according to Deloittes, it is not the UK but the Austrians and the Maltese who top the league table in terms of annual leave, with a total of 38 days off work (25 statutory days leave plus 13 public holidays for Austria and 24 plus 14 for Malta), followed by Greece (37)and then the UK, France, Spain and Sweden (all 36). As a matter of interest, it is apparently the Canadians who take the fewest days off annually, with just 19 days leave typically. The Philippines, China, Mexico, Ecuador, Thailand and the United States also lie at the bottom end of the table.

For those of you considering working across the pond you should be aware that the US is the only advanced economy that does not guarantee its employees any paid vacation, although there are 10 public holidays and employees tend to take around 15 days off a year.

The fact that the US has no statutory days of holiday reflects the fact that the American economy is highly deregulated and flexible. American workers therefore have a different outlook to their counterparts in Europe, where holidays are often considered a part of the life/work balance as well as a legal and social necessity. My experience of France is that at some point during August a huge migration takes place towards the South and in Japan, for instance, the Cherry Blossom season produces a virtual shutdown as many head for the Ryokans up in the mountains.

Summer has been the time to construct here. Looking around over the past couple of months I see that many sites are full and there is white van gridlock in many towns when an industry is still so weather dependant. Indeed it seems that many of us have a more uneasy relationship with our fairly generous holiday entitlement. A recent YouGov survey showed that almost a third of British workers did not take their full holiday entitlement in 2014. Many report heavy workloads, schedule clashes and anxiety about taking time off work as reasons for staying at the coalface. This is not the nation of the feckless as some have portrayed us. This is a workforce that has been through a massive depression and have felt pressured to hang on to their job at all cost. A recent survey during the London Tube strike highlighted the massive irritation of the 4.3 million people affected because they could not get to work. I am not sure this angst over a lost day at the office would be replicated through Spain, Greece, Italy and Portugal in the same way.

Technology like BIM is clearly playing a big part in making people more productive. But it might also be part of the reason why workers don’t necessarily feel that they are working fewer hours. Having constant access to work and colleagues, through mobile phones and laptops, may mean that we are now much closer to work, even when we are at home or abroad.  How many of us really switch off the smart phone on holiday or in the old days used to be chained to the Blackberry, nicknamed the “crackberry” in the early noughties because it was so addictive.

It may be that our political masters have been reading the latest OECD data which shows that workers in the UK are working fewer hours than ever before. The average British worker worked 1,677 hours over the course of the year in 2014. In 1970, the average worker put in 1,943 hours of work. That’s the equivalent of seven-and-a-half weeks more work at the time famous for coal strikes, blackouts and the telex machine. However, what this does not take into account is the role of current legislation like the working time directive and much more stringent health and safety rules, as well as better and more advanced equipment which enables us all to work smarter and more efficiently.

If only the words “smart” and “efficient” were deemed appropriate to apply to today’s politicians as they enjoy their 47 days parliamentary recess before they pop back for two weeks and then disappear for the three-week political party conference season by the seaside once more. I wonder who is reviewing the parliamentarians’ productivity.