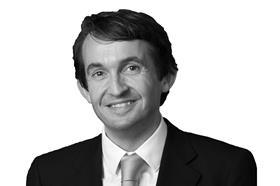 Richard Steer described recently in Building how “Brexit is hitting construction hard”. He says that “the current vagaries of supplier costs, linked to fluctuations in sterling related to the state of talks with the EU, are impossible to predict. It is a considerable challenge for the whole supply chain to be able to offer cost estimates for the next quarter”. Such circumstances raise many questions, including, for those already in – or currently entering into – construction contracts: what is the legal position?

One might look no further than the popular JCT standard forms. For some time they have included fluctuation provisions for changes in supplier (and other) costs. Parties must, though, expressly opt in to such provisions, as the default provision covers only fluctuations in statutory contributions, levies and taxes.

Experience suggests that employers are often reluctant to opt in. While the provisions cater for decreases as well as increases in costs, understandably many parties are not keen to take on the risk of currency fluctuations. However, some employers may now feel they must, given that, as Richard Steer says, “some [in the supply chain] are just not prepared to take on large new projects without Brexit caveats in their contracts”.

Others have written on Brexit-specific clauses and what they might cover, such as David Hansom in these pages. While the JCT fluctuation provisions are helpful, they do not seek to – and do not – provide full cover against Brexit-specific risks.

The bottom line is that to obtain such cover, the express terms of the contract are fundamental. That is because our common law is unsympathetic if and when the cost of performing a contract increases exorbitantly owing to unexpected circumstances. For many, the relevant rules – on “frustration” – live up to their name.

When frustration occurs it automatically brings a contract to an end and discharges the parties from further performance. As a result, the threshold for frustration is very high. First, one needs an event that is not the fault of either party. Second, the contract must make no provision for the event. Third, the event must so significantly change the nature of the parties’ outstanding rights and duties from what they contemplated when contracting, that it would be unjust to hold them to the contract. In short, one must be able to say of the parties: this is not what they voted for.

Our highest court in 1951 said that a “wholly abnormal rise or fall in prices” would not of itself frustrate a contract (British Movietonews Ltd vs London & District Cinemas). In a more recent case, a housing developer claimed its contract with a landowner (made in 2007) was frustrated following the financial crisis of 2007-08. It based its case upon forecasts that the minimum prices expected for the homes, which were set out in the contract, would not be achieved. The court rejected the claim (Gold Group Properties Ltd vs BDW Trading Ltd [2010]). It held that even if an “event” had occurred (which it doubted), it was no more than a forecast drop in property prices, which also was foreseen: it was discussed pre-contract and allowed for in the contract.

Earlier this year, the High Court rejected a claim by an EU entity that its lease of premises in London would be frustrated by the UK’s withdrawal from the EU (Canary Wharf vs European Medicines Agency [2019] EWHC 335 (Ch)). The judgment – which is under appeal – turned on points that have little relevance in the field of construction. It does, though, confirm the limited scope for contracts being frustrated by Brexit.

Our narrow frustration rules reflect the importance attached to certainty in our contract law. We are, of course, not alone in wanting to limit the ways in which parties might avoid what their contracts say when unexpected circumstances have extreme consequences. However, in such situations the laws of many other countries compromise contractual certainty more than English law. They have (force majeure) laws wider than our frustration rules, for when unexpected events render performance impossible.

More notably, they also have hardship laws providing for contracts to be altered if and when unexpected circumstances place undue hardship on one party or significantly alter the economic equilibrium of the contract. Sometimes these laws are mandatory and cannot be contracted out of. Sometimes they apply specifically to contracts with public sector bodies.

Where such hardship laws exist, due consideration is given by the courts to the importance of holding parties to their contracts, before intervening. When the courts do intervene, a key issue is identifying what the altered contract should provide. That issue can be resolved by changing the contract price or terminating the contract.

These hardship laws are found in many jurisdictions, from South America to the Middle East to many EU states. Their laws, like ours, change to reflect political, economic and other conditions.  For example, in October 2016 the French hardship (imprevisión) law was extended from covering public sector contracts to contracts generally (Article 1195 of the French Civil Code).

While the UK industry contracts for Brexit (in both senses), it should be borne in mind that we (in our contract law) stand out from the crowd in our reluctance to give relief against extreme consequences due to unexpected circumstances.