Could embodied carbon be the answer to zero carbon homes? 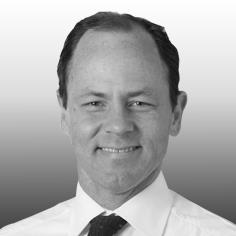 This month saw Embodied Carbon Week 2014: 27 events attended by more than 1,000 people which seemed to me like a real tipping point for the subject of embodied carbon as it becomes more accepted by developers and demanded by clients.

But what is embodied carbon? It is the carbon dioxide emitted during the manufacture, transport and construction of the materials that make up a building, including those that are replaced as the building ages. It is distinct to operational carbon, which is the carbon dioxide emitted by the operation of a building during its lifetime. According to research by the RICS, embodied carbon can account for up to 60% of a building’s whole life emissions (depending on the building type), and many of the solutions to provide zero carbon operations are likely to have high embodied carbon intensity. This means that by 2016 for residential and by 2019 for non-dwellings, embodied carbon will make up a significant proportion of a building’s carbon footprint.

Some local authorities in the UK, such as Brighton and Hove, have already included mandatory so-called “cradle-to-gate” embodied carbon assessments as part of their planning process. These measure the carbon produced from the extraction and manufacture of the material up until it leaves the factory gate. These are also used quite extensively throughout the water sector, having been part of Environment Agency assessments for over a decade and been mandated by the water regulator OFWAT. Anglian water alone has published over 50 case studies on embodied carbon.

Is the new methodology robust enough so that addressing the embodied carbon in a building could become an Allowable Solution under the government’s 2016 zero carbon target for new homes?

However, it still faces a number of issues before it is more widely accepted throughout the property sector. One major hurdle to wider adoption is that embodied carbon is not currently required under the Part L Building Regulations. One of the reasons for this is disagreement over how to calculate it - you obviously can’t put a meter on it. Quite naturally property developers and QSs want a simple agreed methodology to measure and calculate embodied carbon, and enforcers like the Department for Communities and Local Government and the Treasury want a watertight system with clear assessment boundaries before it becomes part of building regs.

But here things are moving apace. Now, after several years of research and discussion, the RICS has finished the final draft of a new guidance note on embodied carbon (my Faithful+Gould colleague Piotr Berebecki and I are lead authors). To be launched next month, the “Methodology to calculate embodied carbon” is the first RICS guidance note to cover emissions during multiple life cycle stages (construction, use and end of life). Its aim is to provide a framework of practical guidance for QSs on how to calculate embodied carbon and, crucially, for it to be more accessible to everyday surveyors than the current British Standard (EN 15978: 2011).

The RICS guidance note also attempts to address two important recommendations from Paul Morrell’s last report on low carbon construction for the government’s Innovation and Growth Team (IGT). The first of these was that “as soon as a sufficiently rigorous assessment system is in place, the Treasury should introduce into the Green Book a requirement to conduct a whole-life (embodied + operational) carbon appraisal and that this is factored into feasibility studies on the basis of a realistic price for carbon,” and the second that “the industry should agree with Government a standard method of measuring embodied carbon…”

With the new guidance note we have hopefully now fulfilled the latter recommendation, and in combination with the recently launched WRAP embodied carbon database, which provides useful benchmarks, we now know what ‘good’ looks like.

But, what about the first? Is the new methodology robust enough so that addressing the embodied carbon in a building could become an Allowable Solution under the government’s 2016 zero carbon target for new homes? I genuinely think so and I’m not alone in that. Clearly embodied carbon is close to my heart, but if it becomes an Allowable Solution, then this really will tip it into the mainstream and provide a clear economic stimulus to calculate it. The price cap of Allowable Solutions is still to be determined, with three options on the table; £36, £60 and £90 per tonne of CO². However, once that is agreed then the RICS guidance note should provide the clear methodology the Treasury Department needs for whole-life carbon appraisals to become mandatory.

Whether myself and other experts at the RICS can convince the Treasury of that is another question. But, with enough government support, embodied carbon could soon enter the Green Book for good.

Sean Lockie, head of sustainability and carbon management at Faithful+Gould