We need a new form of contract for complex projects that encourages a more scientific approach to risk management. Step forward CPC2013 … 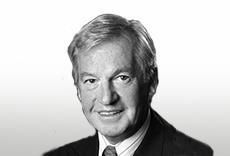 There are many standard forms of contract, so why do we need another? Well, the others don’t deal effectively, or at all, with float, concurrency, time contingencies, timely completion, or cost risk management.

CIOB research has found that simple projects, such as school classrooms, repetitive housing and petrol stations can be managed by anyone with reasonable experience, under any contract, and they will get it right 95% of the time. Even when these go wrong, it’s normally only by a few weeks with low cost consequence. On the other hand, a complex project, managed intuitively, has less than 20% chance of being successful and more than 60% chance of being delayed by six months or more. That is where ruination lies, and that is why we need a new form of contract for complex projects that encourages a more scientific approach to proactive risk management.

CPC2013 contains all those contractual matters that have to be in all forms, so what is so different about it? First, those things that ordinarily cause disputes are clearly defined and dealt with in a way that is easily understood: float, concurrency, disruption, prolongation, rejected and conditionally accepted submittals, information flow, and so on.

Second, transparency - management information under CPC2013 is not left in the hands of the contractor, but is provided to all those having a continuing design, administration or supervisory role, digitally, so that it can be filtered, sorted, retrieved and used during the works to manage risk.

Then there are time and cost controls. Unlike any other contract, CPC2013 focuses on out-turn time and cost instead of merely tender time and cost. The time model is not a static target of unspecified quality for progress monitoring; here it is a digital, quality controlled, dynamic schedule, prepared to a detailed specification in three densities. At high density – the short-term look ahead – activity durations are not guessed, but calculated by reference to resources and achievable productivity. This is the first standard contract to combine the benefits of waterfall and agile project management techniques.

Amazingly, no other standard form requires progress records to be kept. CPC2013 says what, where, why and who is to keep them

The time model must also be updated with progress at regular intervals and revised to take on board new information and the impact of events. Amazingly (since it’s the first thing you look for if there is a dispute), no other standard form requires progress records to be kept by anyone. CPC2013 not only requires them but says what, where, why and who is to keep them, to a detailed specification, on a database from which they can be retrieved, sorted and filtered for reporting, and quality controlled by an independent auditor. It also says what is to happen if they are not kept.

Cost control and valuation under other forms is carried out independently of time control. In CPC2013, the time model is also the cost model, so out-turn time and cost are to be managed together, from the same base data. In this way, the updated model calculates, on a rolling basis, first the predicted out-turn completion date and cost to completion and second, the interim value of work done.

Uniquely, both parties have the opportunity to provide their own time contingencies against the occurrence of foreseeable risks and any float created by either party during the course of the work can also be converted into that party’s own time contingency, encouraging better risk management.
When things go wrong, instead of waiting until it’s too late to do anything about it, this contract requires the parties to follow the requirements of the SCL Delay and Disruption Protocol and to determine the consequences contemporaneously, so that the effects can be managed.
Most publishers provide a different form for every procurement route: CPC2013 combines all in one so that irrespective of whether the work is turn-key, design and build, or construct only, the same form applies. It is also the first form to provide for different methods of design, having provisions for design by traditional drawing, CADD and BIM and is the first UK form of contract to be compliant with the recommendations of the UK BIM Task Force for federated building information modelling.

Everyone working on complex projects needs to see this.

Keith Pickavance is an executive consultant with Hill International