We live in an era of change. The government’s commitment to reach net zero greenhouse gas emissions by 2050 is already driving change in the built environment. That focus is understandable when buildings account for 30% of the UK’s emissions. The recently published heat and buildings strategy details the government’s plans to improve the energy efficiency of housing and non-domestic properties across the UK, ensuring they require less energy to heat, are cheaper to run and are more comfortable to live and work in. 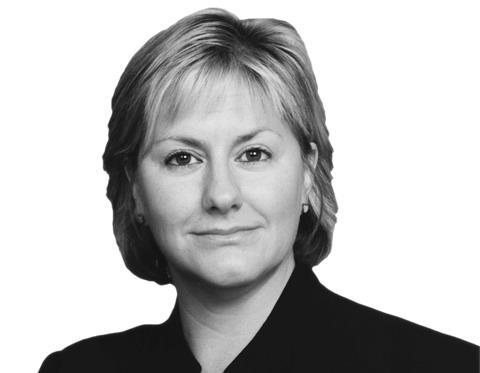 Of particular interest to developers, landlords, contractors, service providers and funders will be the interplay between the heat and buildings strategy and the forthcoming changes to Part L (conservation of fuel and power) of the Building Regulations for new dwellings. Key to this will be the application of more stringent transitional arrangements when the interim uplift to Part L standards is introduced in June 2022, prior to the implementation of the Future Homes Standard from 2025.

Transitional arrangements under the Building Regulations have been a longstanding feature of the regime, giving clarity on whether a construction project needs to comply with the old or new standards. The 2013 changes to Part L permitted an entire construction site to be built to the previous standards if the developer submitted an initial notice, a building notice or a full plans application to the local authority prior to the new regulations coming into effect, but only if work on site commenced within 12 months of the new regulations coming in.

The proposal for the Part L uplift is intended to strike a balance between the historic role of transitional arrangements in providing the industry with certainty versus the role of the uplift in increasing the pace at which new dwellings are built to the most recent energy efficiency standards. The result is that the transitional arrangements will apply only to individual buildings, rather than site wide as with previous changes, with developers allowed 12 months from when the new regulations come into force to commence work on each individual building on site. If work on a building has not commenced within that 12-month period, then the new regulations will apply, even if other buildings comprising the project were commenced within the transitional 12 months and were built to the previous standards.

All contracts need to consider the potential for change in law, but particularly longer-term contracts that are likely to be impacted by decarbonisation

The application to individual buildings rather than a development as a whole is a significant change, and parties to a project will need to consider carefully how their project documentation caters for this. How should the building contract allocate the risk for complying with potentially different regulations applying across a number of buildings on site?

The standard form JCT Design & Build Contract 2016 provides that if, after the “base date” established at the outset of the contract, there is a change to the statutory requirements which necessitates an alteration or modification to the works, that alteration or modification shall be treated as a change – placing the time and cost risk with the employer. However, this clause is typically amended to exclude the contractor’s right to rely on it where the change to the statutory requirements could reasonably have been foreseen by the contractor prior to the base date – placing the time and cost risk for such foreseeable changes back on the contractor.

Similarly, the NEC4 Engineering and Construction Contract contains an optional clause that deems a change in the law of the country in which the site is located to be a compensation event if that change occurs after the “contract date”. Again, where this option is used it is common for it to be amended to exclude changes in law that were reasonably foreseeable at the contract date.

Given the widely trailed information about these transitional arrangements, and that we already know the new regulations are scheduled to come into force next year, it seems realistic to take the view that the uplift changes that would apply to any buildings on site where works were not commenced during the transitional period would be reasonably foreseeable and thus an appropriate risk to place on the contractor. Nevertheless, it is important to be aware that many standard form contracts potentially make this an employer risk unless a bespoke drafting amendment is incorporated. Parties to a contract should ensure this point is considered on a case-by-case basis and take legal advice as necessary.

But it isn’t just about building regulations. Expect more targeted legislation requiring changes across a wide range of sectors – such as the phasing-out of gas boilers, requirements to install electric vehicle charging points, and the ratcheting-up of minimum energy efficiency standards for existing buildings. All contracts need to consider the potential for change in law, but particularly longer-term contracts that are likely to be impacted by decarbonisation. Perhaps this is a good time to review contracts.