The Society of Construction Law has issued amended guidance to its Delay and Disruption Protocol to deal with the issue of time impact analysis. Has sense finally prevailed? 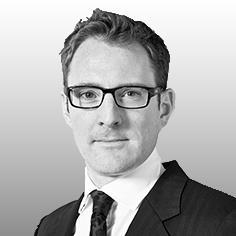 In July 2015, the Society of Construction Law (SCL) issued the first revision to the Delay and Disruption Protocol, which includes a huge volte-face on the original document’s recommendation that the “time impact” delay analysis method be used to assess extensions of time. This will prevent many project-level disagreements from escalating into full-blown disputes.

Some 13 years ago, the SCL issued its renowned Delay and Disruption Protocol, which sought to provide guidance and best practice in dispute avoidance. While much of the protocol is sound, its recommendation on time impact analysis is not fit for purpose. The protocol recommends that “the [time impact delay analysis] methodology be used wherever the circumstances permit, both for prospective and (where the necessary information is available) retrospective delay analysis”. Time impact analysis relies on theoretical modelling rather than analysis of the actual sequence of events.

Another shortcoming of the original protocol was that it failed to mention in a list of acceptable methodologies the “windows” delay analysis, which is the most used method in large-scale post-contract dispute resolution and, arguably, the most reliable.

In July, those concerns with the original protocol were laid to rest with the issue of a rider. The revisions were prompted by discussions during a well attended conference held in April 2013 to celebrate the tenth anniversary of the publication of the original protocol. Early on in this conference an SCL committee member announced that the society did not intend to revise the protocol. However, one of the six speakers (and indeed the only one who was not on the original drafting committee) expressed concerns over the protocol’s widespread recommendation for time impact analysis as well as the narrowness, descriptions and utility of its list of commonly-used delay analysis methodologies.

He described these aspects of the original protocol as “mischiefs” in need of correction. The conference chair, Mr Justice Jackson, sensing some shifting winds, called for an impromptu conference vote as to whether the society should in fact consider issuing a revision to the protocol on one or both of these issues. The vote on both issues was overwhelmingly in favour of revision (or at least the consideration of same). Subsequently, a new drafting committee was convened. The first product of their deliberations and consultations was issued last month.

The widespread recommendation for time impact analysis has been swept away

In this rider document, the widespread recommendation for time impact analysis has been swept away and the list of commonly used methodologies has been expanded. Most helpful is the fact that the committee has provided user-friendly descriptions of the various delay analysis methodologies that might be deployed.

No recommendation in terms of a particular delay analysis to be used in post-contract dispute is now given by the protocol, presumably because it was felt that specific project/dispute circumstances or contract terms might urge or encourage the use of a particular method. The fact that the little UK case law dealing with this issue clearly preferred a less theoretical and more factually consistent approach to delay analysis was also, no doubt, in the minds of the drafting committee. This is a welcome improvement.

This rider will prove its worth in situations where time impact delay analysis is inappropriate, yet relied on solely because of the original protocol’s recommendation. It is these situations which often lead to costly formal disputes, with one party relying on theory and another fact. I would expect that parties referring to this rider will have better guidance on how to present their delay position, preventing this downward spiral into disputes.

Moreover, expanded descriptions of the delay analysis methods and guidance as to their components, conclusions and application will assist parties in reaching consensus and the judges, arbitrators and adjudicators in understanding and evaluating what is presented to them.
Happily, the baby has not been thrown out with the bathwater, because the use of the time impact analysis method in prompt contemporaneous evaluation of delay (during the project, as opposed to after the fact in formal dispute resolution) has been further encouraged, not least because it has elevated the guidance of “don’t wait and see” to a core principle.

Furthermore, this amendment provides added emphasis and importance to the timely notification, particularisation and evaluation of delays, which is an area where our industry is less than impressive, and this lassitude is undoubtedly a significant factor in the escalation of disputes.

This new rider finishes with the promise of an expanded glossary to come and I think it is certainly needed as clarity should be provided to the various types of critical paths mentioned therein.

This revision was a long time coming, but now that it is here, I say bravo. The SCL has said it is anticipated that a draft second edition of the protocol, which incorporates the rider and the outcome of the remainder of the review, will be made available for public consultation towards the end of 2015.

David Falkenstern is a director at Blackrock PM