Diverse voices must shape our future

Design leadership must grow and adapt in the wake of Richard Rogers’ retirement, says Sadie Morgan 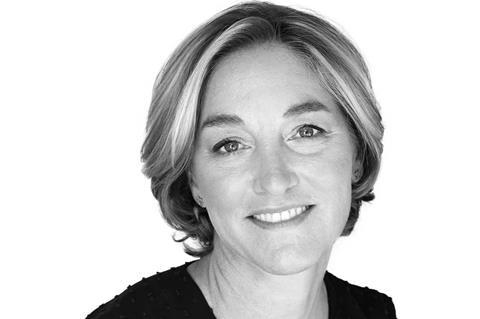 Although it is difficult to link this year to anything beyond the global pandemic, 2020 has brought about a series of industry-altering developments for the UK architecture scene. Most prominent is the resignation of Richard Rogers, one of Britain’s greatest architectural and urban champions, who has stepped down from Rogers Stirk Harbour + Partners after a near half-century of practice.

Before that, it was the RIBA leadership race, which concluded with the election of Simon Allford, another strong industry voice dominating the news cycle. Alan Jones’ presidency ahead of his election also enjoyed considerable, if controversial, attention. And finally, very sadly, the loss last month of Sir Terence Conran, another protagonist in the development of our country’s design history.

As an industry, we are teetering on the edge of the unknown, with opportunities to inspire radical change in the built environment matched by a fear of financial and operational impotence.

Now more than ever we need design leadership that can ensure the future of the industry will be defined by opportunity not loss.

But does that need translate to another  generation of archetypal design heroes, as we have come to know them? By what should the future of our design story be defined, and who are the voices – and faces – to lead us into that future?

Figures such as Rogers and Allford represent architecture’s renegade role in society – the former a gentle, learned and advisory voice; the latter a boldly vocal disrupter. Both occupy a complex relationship with the powers-that-be, taking on roles that challenge their personal beliefs but that allow them to incite transformation from within the establishment.

This is admirable and a model I have embraced in my own leadership roles. But change from the inside can only be led by those with a seat at the table. Figures representing the less dominant makeup of our society are still fighting an uphill battle for inclusion at decision-making levels.

In a context where historically overlooked problems within society are in desperate need of elevation, should we still value leaders who “get the job done” over leaders more focused on dialogue and shifting perspectives? Do we even need figurehead leaders at all? Can “collectives” replace the classic design leader?

We need to ask what the next great obstacles for architecture will be. Climate change, social and racial divide, and the profession’s own fight for relevance in a post-covid world come to mind. The loudest voices in these issues’ corners are not necessarily singular ones.

Architects Declare, ACAN and non-industry focused pressure groups such as Extinction Rebellion have arguably taken on a more prominent role than any industry figure in the fight against climate change. The Black Lives Matter movement has forced us to take a hard look at its track record on representation and inclusion – another example of collective leadership. The Quality of Life Foundation, which I initiated over a year ago, is also a demonstration of how a group of individuals can advocate and lead a cause into the mainstream.

Aside from the strength we find in numbers, we need to identify who today’s leading renegade figures might be. We should interrogate the role of alternative, non-mainstream voices – thought leaders such as Maria Smith who have been bringing important, if at times unpopular, social, economic and environmental issues to the fore.

Figures such as Sonia Watson from the Stephen Lawrence Trust, who has consistently supported under-represented people from BAME backgrounds in pursuing a career in architecture. Not to mention the newest voices – such as Sylvia Aehle, who wrote candidly this summer about the realities of being a young, black woman working in the industry.

Can anyone carve the UK’s architectural identity on a global stage in the same way that Rogers did – or is that era of leadership over? The more important question centres on whether, as a country, we are poised to slip into survival mode, or if we are ready to fight for excellence, innovation and the transformation of society.

Leadership, after all, is firmly tied to legacy. Ours will be defined by how architecture and design can respond to the complexities, challenges and traumas of our generation. The leaders of today and tomorrow have a big job ahead of them: to articulate that response and help to make it happen.