Diversity: All there in black and white

Black graduates earn on average 23% less than white graduates - so what’s the industry got to do to improve its record on equality and diversity? 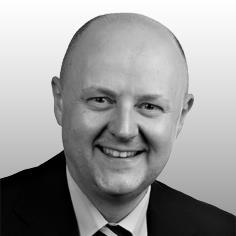 Given the numbers of ethnic minorities in the population, and the numbers of pupils and students training and studying construction and the built environment in further and higher education, their relatively low representation in the construction industry was recognised as a problem by the Equality and Human Rights Commission in its report Race Discrimination in the Construction Industry (2009).

Fast forward to 2016 and while some progress has been made, there remains work to be done.

Recent research suggests that black workers earn much less than similarly qualified white workers, at all levels of education. Analysis of pay data across all industries in the UK, published by the Trades Union Congress (TUC) indicates that the difference in average pay rates amounts to a gap of 23%.

Black graduates earn on average £14.33 an hour, compared with £18.63 earned by white graduates, the TUC says. The average pay gap between black and white workers with A-levels is 14%, while at GCSE it is 11%.

There is no specific legislation for equal pay across different races, nothing equivalent to the Equal Pay Act which protects against sex discrimination. The Equal Pay Act provides that female workers should be paid the same as their male colleagues for like work or work of equal value. Indeed a specific “equality clause” is incorporated into all contracts of employment to give effect to this legislation.

There are provisions in the Equality Act 2010 that provide remedies for direct and indirect race discrimination. Black workers can obtain compensation for race discrimination if they can establish the reason for pay differentials is based on race.

In the absence of specific equal pay legislation for black and ethnic minority workers, it is often more difficult to establish that the reason for pay differentials is race-related. However, procedures do exist to help those workers who believe they are being paid less than their white colleagues because of their race.

In particular, workers can submit questions to their employer to help determine whether they have a claim. The employer’s answers might also help them to formulate the claim and present their evidence in the best way. For example, an employee could ask for statistics in relation to rates of pay, bonuses and overtime between white and ethnic minority workers and for an explanation for any differentials. An ACAS guidance document – Asking and responding to questions of discrimination in the workplace – provides that a tribunal “may look at whether a responder has answered questions and how they have answered them as a contributory factor in making their overall decision on the questioner’s discrimination claim”.

An act of racial discrimination could also form the basis of a claim for unfair constructive dismissal, but an employee would have to terminate their employment to pursue such a claim, which would be a drastic step.

Projections suggest that the UK population will become more racially diverse. Yet statistics also indicate that, although the make-up of the population is in the process of changing, the construction industry workforce is not changing at the same rate and the industry still bears a “white male” image.

Further addressing the issue of direct/indirect discrimination will enable the industry not only to satisfy a moral imperative but also to move closer to that segment of the UK population which is set to increase, and which is likely to be a source of significant future revenue.

There is a strong argument for having legislation equivalent to the Equal Pay Act to address pay inequalities between different races.

The Equality and Human Rights Commission, the statutory body tasked with promoting diversity in the workplace, has recommended that employers should undertake equal pay audits to identify differences, not only between women and men, but also between ethnic minorities and white British employees.

Unless pay audits and diversity monitoring are undertaken, many employers may be unaware of the extent of the problem.