We all know the government’s timetable for cuts to the solar feed-in tariff was illegal but how do those who suffered from the over-hasty announcement go about getting compensation? 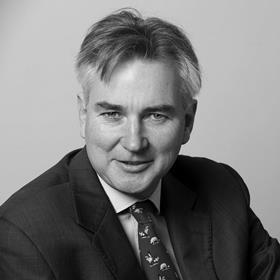 On 23 March the Supreme Court refused the government’s application to appeal against the earlier ruling that its timetable for cuts to the solar feed-in tariff (FIT) was illegal.

This has reduced the damage caused to investors and industry confidence, but the judicial review proceedings did not seek to compensate those who suffered losses as a result of energy minister Greg Barker’s announcement.

The implications for the industry were costly. Projects under construction that were unlikely to meet the 12 December date were cancelled or accelerated. Some institutions and individuals lost the confidence to continue with projects still at pre-construction phase. The sudden imposition of the deadline caused a huge spike in activity for the solar PV industry.

The refusal of the application to appeal now leaves the way open for those who suffered loss to consider compensation. A reasonably robust view is now forming that those who suffered losses are in a position to bring individual cases or class action to seek compensation. A number of companies have expressed an interest in pursuing an action and we, and other lawyers in this field, are investigating the prospects for recovery.

Seeking compensation from the government is not easy; the simple fact that the unlawful act or omission of a public authority may cause a loss that flows naturally from it is not sufficient to establish entitlement. You only have to consider the

2008 Law Commission report, Administrative Redress: Public Bodies And The Citizen, to see the difficulties. The report proposed reform to make compensation more generally available. The proposals were not taken forward.

Developments in the law of legitimate expectation, combined with rights to compensation enshrined in the Human Rights Act (HRA) may provide a remedy of damages.

One route for the potential claimant is to show that there was a legitimate expectation of the kind that falls within Article 1 of the First Protocol of the European Convention on Human Rights (ECHR), which protects possessions. Where a breach has occurred, then section 8 (3) of the HRA, subject to certain restrictions, permits the court to award damages if the court is satisfied that the award is necessary to afford “just satisfaction” to the claimant.

The law of legitimate expectation is of general application and has been used in a broad range of cases from tax to procurement. It is based on the principle that a public body may create an expectation that it would be unfair for it to resile from or to interfere with that expectation. The expectation may constitute a possession and thus be protected under Article 1 of the First Protocol.

In a recent decision, R (Infinis Plc Infinis (R-Gen) Ltd) vs Gas & Electricity Markets Authority & Another (2011), the Court of Appeal applied the Human Rights Act and ruled that in depriving a claimant of accreditation for its generators, Ofgen had acted unlawfully and interfered with the claimant’s rights under Article 1 of the First Protocol. The claimant was awarded damages of £2.6m.

A similar approach might be taken by the court in this potential claim based upon the ruling in the FITs case. In the Court of Appeal the court ruled that the legislation gave the electricity generator a right to receive the FITs for a fixed period of 25 years by reference to the rate set at the date of accreditation of the installation and that the proposal of the minister would amount to interfering with a vested right.

The question that arises is has the minister, in making this pronouncement, interfered with the legitimate expectations of those who relied on the stated policy continuing until lawfully changed and who had to cancel projects or renegotiate them?

Apart from those who have not received the FITs from cancelled projects or who suffered wasted expenditure, there are businesses in the supply chain whose business model relied on the FITs rates persisting at the existing levels unless lawfully changed or who suffered immediate losses due to the sudden spike in market activity.

There may be other avenues for recovery and each case will turn on its own facts, but the possibility of a class action is being considered and this is not the last we will hear of the minister’s precipitate announcement.