Final certificate: The Trustees of the Marc Gilbard 2009 Settlement Trust vs OD Developments and Projects Ltd 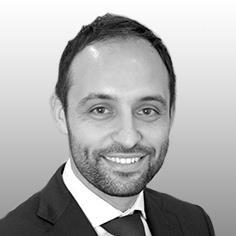 The Trustees of the Marc Gilbard 2009 Settlement Trust employed OD Developments and Projects Limited under a contract which incorporated the JCT Standard Building Contract, Without Quantities, Revision 2 (2009)) to carry out works in Mayfair, London.

On 3 December 2013 the contract administrator issued a final certificate showing a sum due from OD to the trustees of £232,153.54 plus VAT.

On 20 December 2013 OD issued Part 7 proceedings in the Technology and Construction Court (the TCC) disputing the validity and correctness of the final certificate.

OD subsequently indicated that it would commence an adjudication against the trustees to challenge the final certificate. The trustees objected and issued Part 8 proceedings in the TCC for declaratory relief as to the proper interpretation of clause 1.9.3.

OD argued that because clause 1.9.3 contained a saving provision in respect of those matters to which the Part 7 proceedings related, this meant that any subsequent adjudication relating only to those same matters could proceed.

Further, if OD could not do that, then that would be a fetter on OD’s right to adjudicate ‘at any time’, as provided for by the Housing Grants (Construction and Regeneration) Act 1996.

Having commenced Part 7 proceedings in time, was OD entitled to commence an adjudication challenging the final certificate after expiry of the 28 day period?

The judge concluded that OD could not commence an adjudication challenging the Final Certificate outside the 28 day period, for the following three reasons:

As noted by the judge, while there are cases regarding final certificates and adjudication where a party had commenced adjudication during the 28 day period and some other issue then arose (such as in Cubitt Building and Interiors Ltd vs Fleetglade (2006) and University of Brighton vs Dovehouse Interiors (2014)), there are no reported cases in which a party (like OD here) was dissatisfied with the final certificate and originally issued court proceedings and then, much later, wanted to commence adjudication proceedings.

This decision not only considers the specific application of conclusivity clauses to final certificates issued under JCT standard form contracts but also the purpose and scope of such clauses generally which are to provide parties with contractually agreed limits on the scope and timing of disputes once a project has been completed.

The submissions made by OD’s counsel raised key issues regarding final certificates and adjudication but ultimately, it was the plain interpretation and business common sense intent of the clause that was applied.