The Building Safety Bill is an opportunity to create a rigorous and impartial inspection and testing system but in its present form the legislation may mean private profit takes precedence over protecting people, writes Zutec’s Tom Boland

I recently wrote to Building regarding my concerns over certain aspects of the Building Safety Bill, and it was great to see the letter published in the latest edition of the magazine. It is such an important issue, however, that I am compelled to elaborate further – particularly as it has largely gone unscrutinised by the media. 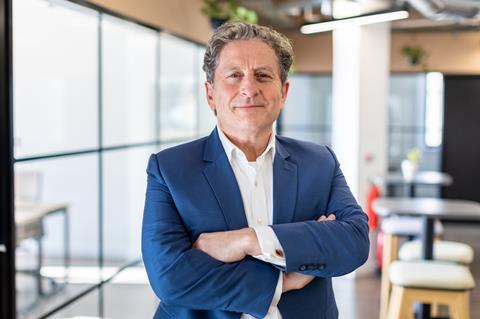 Tom Boland is head of digitalisation at Zutec

To recap, the letter focused on a response from the Fire Brigades Union to the Building Safety Bill. Matt Wrack, its general secretary, condemned the document as “vitally flawed” in its present form.

He is particularly worried that the legislation currently makes allowances for private sector firms to step in, if fire and rescue services are not in a position to assist the new building safety regulator with fire matters relating to HRRBs.

Once again, alarm bells are ringing that private profit is being prioritised over protecting people.

If the Building Safety Bill’s intention is to rely on the private sector to manage some of the validation steps, effectively allowing the industry to self-certify, then it is undermining its whole purpose

Wrack’s observation is correct. Fundamentally, if the Bill’s intention is to rely on the private sector to manage some of the validation steps, effectively allowing the industry to self-certify, then it is undermining its whole purpose. This will create an avoidable and completely unnecessary risk.

Why is this so important? Well, it is because the UK construction industry still has a severely limited knowledge base when it comes to fire safety. The prospect of a knee-jerk turn to the private sector for solutions is clear evidence of this.

Putting this in wider context, the Institution of Fire Engineers has recently informed MHCLG that there are only 291 chartered fire engineers currently practising in the UK. That is a very low number when taking into account construction output, whether new build or retrofit.

While you don’t need a chartered engineer to sign-off on a building inspection, you do need individuals with aligned practical competencies in active and passive fire systems, not solely academic or theoretical knowledge.

It is true that the UK fire and rescue services are consulted regularly during planning and development locally. The same service can equally apply to a larger complex or development. But my concern is they are rarely invited to more extensive and complicated verification or system witnessing testing before handover. What a waste of an essential and ready resource.

As a sector we need a wholesale expansion in our knowledge – and fast. The key to surmounting this problem will be to increase the importance and standing of those involved in field inspection and testing activities.

Professionals across the built environment need to regard these personnel with the respect they deserve. We also need to be doing more to encourage people into these roles.

Fundamentally, to prevent an influx of third-party, private sector “experts”, we will need more officially accredited specialist inspectors and clerks of works. This will improve specification of fire detection and protection systems, fire and smoke management systems and the undertaking of cause and effect testing, integrated testing, emergency power provision, means of escape and egress and fire door testing to name a few.

Training for these roles has now reached a critical point if we are really sincere about making systematic change to the way we have been doing business for the past 25 years.

Institutions such as the CITB and others have an opportunity to make a real difference, working with organisations such as ICWCI and the UK Fire & Rescue Services (and their fire and engineering departments) to target the skills shortage in this field.

As the Building Safety Bill progresses through Parliament, it would be nice to see these particular points scrutinised and revisions made so we do not end up with another self-certification culture, a situation which led to many of the problems we currently face. Skilling-up more official, impartial personnel to conduct more rigorous and thorough fire inspections, supported by legislation-backed authority is the obvious answer.

We want to get to a scenario where all are invested and all share responsibility for ensuring the highest fire safety standard. Some of the work I undertook a few years ago in the Middle East offers a good example of a potential framework. Although the projects were new airports, the same rules could equally apply to HRRBs.

While there are considerable jurisdiction, cultural and procedural differences in the Middle East when compared to the UK, there are similarities which can be applied.

Both the above infrastructure projects relied on British Standards and/or US NFPA standards for guidance to support local approval and certification. In both instances I worked for the principal delivery contractor and we stood alongside the engineer and owner as a consolidated and responsible project team during demonstrations of safety compliance in order to gain approval from the local Civil Defence Authority.

This meant, ultimately, that the owner, the engineer and contractors stood side by side to obtain licence and approval to operate. There is no reason why this process could not be brought in for other areas of our built environment. It will drive better practice through greater transparency.

It is a positive ambition. However, if the Bill continues in its current form, then this aspiration counts for nought and we will just create the loopholes through which poor practice can flourish.

Tom Boland is head of digitalisation at Zutec