The victims of the 2015 Cumbria floods should not be abandoned to their fates, particularly when there is a growing body of evidence that we are all culpable 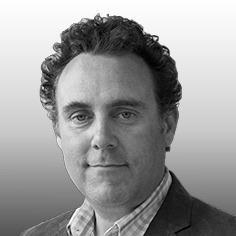 The flooding that occurred in parts of Cumbria over the weekend is a stark reminder of just how vulnerable we are as a society to severe weather. The extent to which such storms are likely to increase in their severity - and who will be worst affected - has been the topic of much debate at COP21 in Paris over the past week. Our thoughts at this time should not only be with the people of Cumbria, but also with communities in Chennai, Tamil Nadu, where at least 27 people have perished in major flooding over the past few weeks. This is very much a global problem.

In spite of my words at the Big Debate, the damage and suffering caused by floods of this kind cannot necessarily be simply attributed to a lack of investment in flood risk reduction measures. Since 2005, significant investment has been made in reducing the likelihood of properties flooding in several of the affected areas across Cumbria, including Carlisle, Keswick and Cockermouth. Nor is there any indication that I have seen to date that these schemes did not do their intended job. Had they not been in place, the communities affected would likely have flooded sooner and potentially to a greater depth.

That said, at least some of the defences clearly did overtop in Cumbria last weekend. This suggests that the flows were higher than this infrastructure was designed to cope with. You cannot design flood defences to contain all foreseeable floods - there is an economic level of intervention. However, the seemingly relentless succession of rainfall and river flow extremes that has occurred in Cumbria over recent years is both worrying and thought provoking.

So what’s going on? Is it, as George Monbiot asserts, that overgrazing and soil compaction by excessive sheep grazing and other intensive forms of agriculture is to blame for the apparent increase in flood frequency? Improving soil structure and increasing vegetation cover can undoubtedly help to reduce soil erosion, regulate soil moisture and increase infiltration - all of which can help to slow both the rates and volumes of storm runoff. However, to suggest that reversing current rural land management practices would be a robust means of protecting the communities affected by last weekend’s floods in Cumbria is simply not supported by the scientific evidence. In spite of their many potential benefits, “rewilding” measures are comparatively ineffective at reducing the peak river flows resulting from such extreme rainfall. And the emerging picture suggests that the rainfall this weekend was very extreme indeed - almost 20% of the rainfall that typically falls over the course of an entire year fell on parts of Cumbria in just 24 hours.

So is it just bad luck that so many major floods have clustered into a relatively short period over the past decade or is this genuine evidence of a changing climate? That is a more challenging question to answer. No single storm can be singled out as evidence of a trend. Climate models are now however becoming available that are of sufficient resolution to capture storms and their associated rainfall, with the prospect of improving scientific understanding of this issue. I think many of us are already convinced that things are afoot. The question is - to what extent? Is for example, the 20% addition typically made to peak river flows in the design of flood defences to account for climate change sufficient?

Regardless of the scientific answers to these questions, affected communities in Cumbria now face some very challenging decisions about their own immediate futures. Some communities will need more help than others. State assistance should be targeted at those with the least resources and the lowest capacity to act resourcefully.

There will be scope for investment in improvements in flood warning and emergency response procedures and in building the flood resilience of critical infrastructure systems - particularly energy, roads and rail. It is important that insurance companies work with the affected householders, using the state support available, to ensure that properties are restored using flood resilient building products wherever possible. There will be potential scope to plug gaps in, and even locally raise, the existing flood defences. The scope to reduce peak flows using interventions that temporarily capture and store floodwater within these catchments, releasing it more slowly into the rivers, will also need further detailed consideration. Floodplain areas will never be free from the risk of flooding. However, the victims of the 2015 Cumbria floods should not be abandoned to their fates, particularly when there is a growing body of evidence that we are all culpable, as members of a fossil fuel based economy, for the increase in rainfall extremes likely to be responsible for worsening the problem.

Will McBain is associate director for Arup.