Greater than the sum of its parts - are joint ventures the future of the UK’s housing delivery?

Mash Halai, chairman at John Rowan and Partners and joint venture expert, comments on what makes a successful partnership… 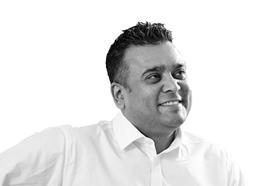 The business world is full of well-known joint ventures. Some, such as Sony Ericsson, due to their success and others such as the now infamous Sony Betamax, for their failure. Since the recession the construction industry has seen a significant increase in joint ventures between a range of different companies combining to deliver large scale projects.

Put simply, joint ventures allow organisations to achieve more and deliver projects beyond their own capacity. Large scale developments, previously out of reach for some, can become achievable with the right joint venture partner, allowing each partner to scale up their delivery while managing their own risk.

Post-recession, large regeneration projects can be a daunting task for some organisations, whatever their size. Combine this nervousness with increasing construction costs, Brexit, and fluctuations in the property market, the ability to manage exposure differently is understandably very attractive.

The future of housing delivery

There are already some great examples of where a joint venture has delivered success for all partners. The Green Man Lane estate in Ealing, west London, is a strategic partnership between housing association A2Dominion Group and developer/contractor Rydon Group. Together they are half-way through the regeneration of a run-down estate, having already delivered a new primary school and 363 new private and affordable homes with over 450 homes currently in development.

Risk aside, joint ventures can bring many benefits for the individual partners, such as the ability to tap into specialist expertise in different organisations or boost output. In particular, partnering with a housing association can bring many benefits from the affordable housing sector. A housing association will not only benefit from different low-cost funding streams, but may also have greater flexibility in relation to the designation of prime housing units that haven’t been sold. Potentially turning these units into private rent on a long-term basis.

With the bringing together of two organisations, often comes the challenge of aligning business objectives and cultures. It’s important that these are carefully managed if the joint venture is to be a success. Differences between long term objectives is often a reason why joint ventures can create some tension.

A common joint venture model is between a housing assocation and a developer, but generally these types of organisations can have quite different goals. While a developer will be keen to deliver a housing development and see it sold in the open market, it is likely to have a very different exit strategy to that of its housing association partner. By contrast the housing assocation will have a much longer-term outlook, with a focus on future resident satisfaction and the whole life cost of the project including ongoing maintenance and repairs.

So, what’s the perfect partnership?

In this respect, we are likely to see a continuation of the current model as the benefits potentially out-weigh the risks. But we will also see an increase in joint ventures between institutional investors such as pension funds with housing associations or local authorities, who are setting up their own investment vehicles. We have already seen Aviva enter the private rented sector with the benefit being similar long-term objectives.

Successful joint ventures can also benefit from an equal spread of roles and responsibilities across the organisations involved. This in itself involves a lot of trust, as organisations need to agree who owns different aspects of the project such as managing the financial model, sales & marketing, development or stakeholder management. Each organisation needs to trust the other to do their agreed share and to the standards expected – again this is an area where strain can sometimes appear.

How do you ensure a positive relationship?

My advice is simple, for every joint venture you need an independent, third-party consultant like John Rowan and Partners to watch over and manage the joint venture’s interest (as well as the separate organisations). We can facilitate open conversations around individual objectives at the start and bear these differences in mind when undertaking the initial project management as well as helping to shape the agreed roles and responsibilities.

When issues occur, which they do, then there is always an option to rephrase, refinance or reprogramme to keep things on track. I have often found myself part construction consultant, part marriage councillor and like any successful partnership - trust, honesty and good communication is vital.

Mash Halai is chairman at John Rowan and Partners