Green and growth in an eco-village

The green economy needs to be driven by entrepreneurs not just government. Tim Byles explains how his JV with Bill Dunster aims to do just that with their eco-village in Devon 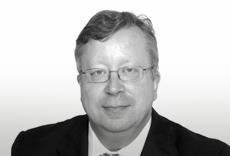 In just seven years, the UK will have to demonstrate it has cut carbon emissions by 34%. Fast forward another 30 years and we’ll need to be showing a reduction of 80%. While there may be some level of uncertainty over whether you or I will be here to see whether that target is met, what is not uncertain is that we need a clear plan of action to ensure we are on track. With buildings contributing about half of all carbon emissions, there is a moral imperative for each of us to engage in this debate and, more importantly, each to play our role in helping move it on from debate to practical reality.

But it’s not just that moral imperative that should be driving our actions. The economic case is just as robust and compelling. Too many people beyond our sector believe you must belong either to the “going for green” or the “going for growth” camp and that never the twain shall meet. Not so. CBI research indicates that the green economy could contribute up to £20bn in just three years’ time; even if its margin of error is as high as 50%, that is still £10bn added to an ailing economy. Job creation and environmental protection can, and should, co-exist.

The 200-plus signatories endorsing the campaign demonstrates the depth of feeling for this agenda, creating a coalition of concern

Which is why Cornerstone is supporting Building’s Green for Growth campaign, which is calling on the government to stimulate economic growth in construction, through action on the Green Deal, retrofitting public buildings, display energy certificates, the zero carbon agenda and a renewed impetus to invest in low-carbon infrastructure. The 200-plus signatories endorsing the campaign demonstrates the depth of feeling for this agenda, creating a coalition of concern that binds together diverse and eclectic interests of the firms, consultancies and industry bodies from both the construction and property sectors.

And while the government does need to do more to address these concerns - as energy minister Greg Barker himself recognises - the market also needs to play its part, and resist the temptation to sit back, awaiting a government response. And indeed, the market is beginning to mobilise and explore new ways of addressing the challenge. These include those who are importing technology from mainland Europe, as well as pioneers in the UK who are teaming up with forward-thinking authorities who want to create exemplar developments. One example of this is a new eco-village development in Plymouth, which will exemplify code 6 housing and create an innovative and enterprising zero energy bills community.

Cornerstone has teamed up with green architect Bill Dunster, bringing together both the growth and green agendas in a joint venture - CornerstoneZED - that will help demonstrate the value of such investments and make the case to the government all the more compelling. The development will create 90 homes with designs so innovative that each home will generate enough income from energy produced so that utility bills will not only be eradicated, but residents will receive a pay-back from their local energy provider.

The green economy could contribute up to £20bn in just three years’ time. Job creation and environmental protection can, and should, co-exist

Bickleigh Down Eco Village will provide employment for the local community, but perhaps even more importantly, it will become a beacon for the low carbon industries helping stimulate the green economy. Linking with local universities and colleges, the eco-village will be able to support similar developments elsewhere.
Works are due to begin on site this summer in Plymouth and we expect to announce our construction partner in early spring. Ahead of that, Bill Dunster will be showcasing the innovative Bickleigh Down Eco Village designs at Ecobuild next month and we look forward to meeting our fellow signatories of Green for Growth there.

Commendably, the government has stood by the commitment of the Labour government for all new buildings to be zero carbon by 2016, and Green for Growth calls for an immediate clarification on the trajectory of targets that must be met en route to ensure we achieve that goal. We support that call for action and join with others in looking forward to hearing the government’s response to the Zero Carbon Hub’s recommendations on what such a trajectory might look like. We also hope, though, that the eco-village in Bickleigh Down will provide a real time case study on ways in which this nettle can be grasped.