Who carries responsibility if the ground conditions necessitate a design change in a building project? 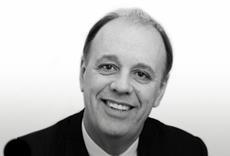 The London skyline is forever changing. The Shard, the latest in a list of iconic buildings, is the tallest building in western Europe. But tall buildings need extensive foundations and groundworks. Bystanders in London will often comment on the speed of progress of the superstructure once the buildings come out of the ground, but they often fail to notice the work undertaken below ground level.

The Crossrail project is an even more obvious example of construction work in the capital taking place below ground. Most forms of groundworks, such as tunnelling or piling of foundations, carry a higher risk due to the unforeseen nature of the ground itself. On occasions the ground conditions may trigger
the need for a design change. But who bears this risk and how do building contracts respond?

Civil engineering contracts have long since recognised the entitlement to claim further time and money where the ground conditions could not have been reasonably foreseen. Clause 12 of the ICE Conditions (7th edition) refers to “physical conditions…and artificial obstructions” which could not reasonably have been foreseen by an experienced contractor. The FIDIC Conditions of Contract for Construction ( 1999), which owes much to the ICE drafting, similarly, refers to the risk of unforeseeable ground conditions in its clause 4.12.

The interpretation of what is “reasonable” or “foreseeable” inevitably invites argument and counter argument. This is especially true if the contractor’s additional losses are considerable.

Neither contract identifies the information on which the contractor is to rely. An employer may even have procured consultants’ reports on the ground conditions but continues by stating that the contractor cannot rely upon it and should exercise its own judgement. If a contractor has included a sum for general contingencies in its tender, as often occurs, it will be pressed to explain how it has calculated this sum and to what it relates to.

The NEC3 Engineering and Construction Contract (2005) identifies the requirements for claiming a “compensation event” for physical conditions. The test in clause 60(12) is to identify the difference between those physical conditions encountered and those which would have been reasonable to have allowed for.

A claim may be made if an experienced contractor considers that the risk of the ground conditions encountered was so small that it would have been unreasonable to have allowed for it.

The JCT Major Project Construction Contract resolves this issue simply. Clause 14.1 of the conditions establishes that this is a risk which the contractor assumes. The contractor thus takes responsibility for the time and costs consequences of the ground conditions whatever they may be. If there is a need to amend the design as a result, this is a liability also which the contractor assumes. He will need approval before implementing a change but will be unable to claim any additional payment. The clarity of the language compels the contractor to price the risk by assessing the likely ground composition together with the anticipated consequences if its assessment is at fault. Contractors may regard this as harsh since it removes altogether the possibility of a claim.

However, major projects should allow contractors more opportunity to make an informed assessment of the ground conditions when submitting a tender or negotiating a price.

Employers have an interest in making available all relevant information.

The assessment of the ground risks is one that can only be undertaken by the contracting parties. The decision of which standard form to use is also one ultimately for them.