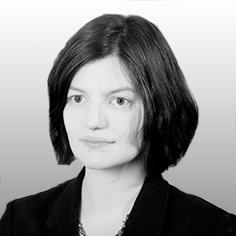 The Employment Appeal Tribunal has now confirmed that UK businesses should factor in compulsory overtime when calculating holiday pay, as well as basic salary.  However, although the case will have significant financial and practical implications for UK businesses, one aspect will come as a major relief, as the tribunal decided that workers will not be able to backdate their claims as far back as some commentators had feared.

The key point at stake was whether UK law, which currently states that workers with normal working hours can be paid basic salary only during annual leave, should be interpreted differently so as to bring it into line with European Union law. The  European Court of Justice has stated in several recent cases that holiday pay must be at a similar level to the pay that the worker actually receives while working and so must include all elements of the worker’s pay which are “intrinsically linked” to their duties, so that workers are not discouraged from taking holiday.

Construction businesses have been following the case with interest, as several of the claimants were engaged on NAECI standard terms and paid overtime, shift allowances and other variable elements that are standard industry practice. Today’s decision will immediately increase the  payroll costs for UK construction businesses.

What must be included?

The decision confirms that holiday pay must, in broad terms, be based on actual earnings, averaged out over a 12-week reference period. Specifically, that calculation must include:

It is not clear from this case whether voluntary overtime (that is, overtime which the worker is not obliged to carry out) needs to be included, but the European cases suggest that it should be - and it seems likely that there will be a case on this point in the near future. However, reimbursement for out-of-pocket expenses will not need to be included.

Importantly, these additional elements only need to be included in holiday pay for the four weeks of annual leave guaranteed under EU law, and not the additional 1.6 weeks required under UK legislation or any other additional contractural holiday.

The case had also raised the nightmare scenario for businesses of claims for backdated holiday pay going back as far as 1998. However, the decision will make it much harder for workers to bring significantly backdated claims. A backdated claim for “unlawful deduction from wages” can be brought if there has been a series of underpayments and the claim has been brought within three months of the last underpayment. The Employment Appeal Tribunal determined that if there has been a break of more than three months between underpayments the “series” has been broken and so a claim cannot be brought in respect of the underpayments prior to the three-month gap.

The practical effect of this is that it will be difficult for most workers to bring backdated claims for previous holiday years, particularly where businesses immediately take steps to begin paying holiday pay in accordance with the new requirements. However, businesses should not breathe a sigh of relief too soon, as the unions backing the cases have permission to appeal on this point to the Court of Appeal. Also, even if the three-month gap rule remains in place, some workers will be able to backdate their claims if their holiday pattern fits within this rule. For example, a full-time worker who took one day’s holiday each month and then took a block of three weeks at the end of the year would have a gap of less than three months between each underpayment of holiday pay, and so could bring a backdated claim.

Businesses will now need to bring their payroll practices into line with this decision. Although the overtime point may be appealed, the EU law principles are very clear and any appeal on this point would face an uphill struggle.  Businesses will also want to review their overtime arrangements and remuneration terms to explore whether the financial impact of this decision can be mitigated.