The arbitration award was recognised by the Dubai Court of First Instance. Meydan appealed but proceedings were stayed due to bribery allegations 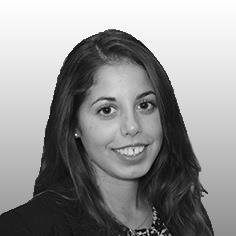 Meydan, a Dubai company, subcontracted Honeywell to perform work on a racecourse project in Dubai. In order to secure its nomination as a subcontractor, the invitation to tender required Honeywell to pay Teo A Khing Design (“TAK”), engineering consultants who were Meydan’s representative, the sum of AED526,000.00 (approximately £85,000.00) in deposit, documentation and lithography fees.

Meydan did not nominate an arbitrator or participate in the proceedings. In February 2012 Honeywell was awarded just over AED77 million (approximately £12.6m).

The arbitration award was recognised by the Dubai Court of First Instance on 21 February 2013. Meydan appealed but the appeal proceedings were stayed due to bribery allegations and requests for investigations to be conducted by the authorities in Dubai. During October 2013 Meydan applied to set aside the 12 November 2012 order made by Mr Justice Akenhead. The application came before Mr Justice Ramsey on 27 and 28 February 2014.

Meydan asserted that the Dubai arbitration award was invalid under UAE law as it resulted from a contract which was procured by bribing public servants and that therefore the grounds for refusing enforcement under s.103(2)(b) of the Arbitration Act 1996 had been met. Meydan argued that the tender invitation evidenced a bribery agreement between Honeywell and TAK under the false cover of “lithography”, “Tender” and “document fees”. Meydan submitted that this amounted to a secret commission.

Meydan further asserted that English public policy prevented enforcement of awards that would give a person who offers a bribe the fruits of their corrupt actions.

Medyan also contended that because Honeywell’s application for ratification had been stayed by the Dubai Court of Appeal, the arbitration award had therefore been suspended by a competent authority in the country in which it was made thus satisfying the grounds for refusing enforcement under s.103(2)(f) of the Arbitration Act 1996.

Mr Justice Ramsey accepted that a payment was made to TAK but was not satisfied that it was a secret commission as Honeywell made their suspicions regarding the payment known to a senior member of Meydan’s staff shortly after receiving the invitation to tender. He also held that where evidence of bribery was available to Meydan at the time of the arbitration but Meydan chose not to participate or raise the allegations in that arbitration, this should preclude reliance upon these allegations in the present application.

The judge rejected the argument relating to the Dubai Court of Appeal staying proceedings, observing that under the Dubai arbitration rules the award was final and binding. He noted that as the New York Convention eliminated the “double exequatur” requirement, it was not necessary for anything to occur in the local courts for the award to be given some further status in terms of its binding nature. He also held that proceedings in the local court were not relevant to whether an award was binding and that the process currently being followed in the Dubai courts had not led to the award being “set aside or suspended”.

This decision is another example of the English courts taking a critical and narrow view regarding applications to refuse enforcement of foreign arbitration awards. This case demonstrates that even with bribery allegations pending parties cannot presuppose that s.103 of the Arbitration Act 1996 will be satisfied.