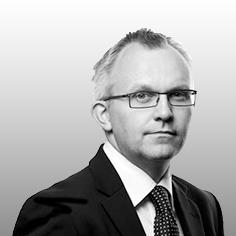 The buzz around the Conservative party conference in Birmingham this week was palpable, especially when compared with the atmosphere at Labour’s lacklustre gathering.

The Tories have smelt that their opposition’s decision to re-elect far left veteran Jeremy Corbyn provides them with an opportunity of at least another nine years in power.

And that’s the kind of opportunity that the party, which can justifiably lay claim to being the most successful election-winning machine in political history, will take advantage of.

Some on the right wing of the party would like to use this golden opportunity to introduce radical right wing reforms. Wiser heads, including the arch pragmatist Theresa May, realise that occupying the centre ground shunned by Labour offers more fruitful territory.

Housing has an important role to play in this broader political narrative. The recently appointed housing and planning minister Gavin Barwell has said that his ‘primary mission’ from May, when offered the job, was to boost the supply of new homes.

Out has gone the previous regime’s exclusive focus on home ownership with a broader focus on all forms of tenure in order to deliver the numbers.

The other advantage of housing, politically speaking, is that it’s one of the few areas where action won’t be stymied by the UK’s withdrawal from the EU. And it gives the government something different to talk about than Brexit, which remains a dividing line within the party.

This week’s announcements are a step in the right direction, particularly the £3bn of additonal support for small builders. Others have a reheated air, such as the drive to boost building on public land and increase densities around railway stations.

More fundamental shifts may have to wait for the Housing white paper, which has been promised for the autumn.

The industry would like the white paper to explore some more radical thinking, such as relaxing the rules surrounding development on parts of the green belt well served by public transport, like Copenhagen does.

A move like this would be hugely controversial, not least in May’s own home counties constituency. However, no party, since New Labour in Tony Blair’s first term has had such a big opportunity to introduce reforms.

Taking a more open minded approach to this sacred cow would not only deliver much needed new homes, it would also show that May wants to lead a truly one nation government rather than serving a narrow, comfortable elite.