How to build homes safely in flood prone areas 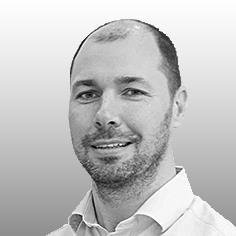 During January 2016 and December 2015 about 16,000 households suffered flood damage to their homes after Storm Desmond, Storm Eva and Storm Frank swept across Britain. Tens of thousands more were left without power.

Analysis of the government’s latest land change statistics shows just how much of our country is threatened by flooding.

The statistics collected by the Department for Communities and Local Government showed that over the past four years, 98% of new homes in Boston, 90% in Hull, and almost one in four new homes in Lincoln, Westminster and Bury were built in flood prone areas.

The figures led to some reactionary comments from pressure groups who warned local councils about permitting “reckless developments.”

These comments do not help the authorities and developers to create solutions to a complex problem.

In England, we need to have a grown-up conversation about the land on which we develop new homes. It is quite right that we do not develop on large swathes of land which is designated for green belt, forests, agriculture, outdoor recreation and other uses.

However, it needs to be remembered that we are an island with a finite amount of land and we have a housing crisis caused by the construction of too few homes over the past 30 years.

It is possible to build safely in fluvial flood zones with the agreement of the Environment Agency, as long as you construct the necessary measures to protect these homes from flooding

In England, about 10% of land is designated as at risk of flooding and there are many sources of flood risk that need to be considered when planning new developments including, risks from rivers and the sea, overland flows from surface water, and flooding from sewers and groundwater.

It sounds concerning that these new figures show some new homes are being built in areas designated as Flood Zone level 3.

However, most of the flooding incidents that have incurred property damage in recent years are related to housing that was built before climate change was considered, and before flood risk assessments were mandatory.

For centuries mankind has built homes in close proximity to water. Many of the great cities of the world are built on bodies of water, for the purposes of drinking, cleaning and later for industrial use.

Those foundations are still in place, and drive the popularity of areas where people choose to live today.

It is possible to build safely in fluvial flood zones with the agreement of the Environment Agency, as long as you construct the necessary measures to protect these homes from flooding, and ensure you also mitigate the effects of any new development from increasing the flood risks to others.

Now all homes being built or replaced in Flood Zones 2 and 3 areas need to include a flood risk assessment as part of their planning application, to ensure that the required form of agreed flood protection takes place.

These conditions mean planning permission is only granted on the condition that the floor of the new homes is raised significantly above the flood level, and that suitable mitigation is applied; such as compensatory storage for floodwater to prevent flooding from reaching new homes.

Additionally, all major developments are required to include sustainable drainage to ensure that the risk of flooding is not increased to those outside of the development and that the new development is future proofed to allow for increased instances of flooding expected to result from climate change.

These can include changes to the land topography to create compensatory storage adjacent to the development, city-wide protection schemes such as The Thames Barrier, and prevention measures for individual homes such as flood-proof gates and barriers to provide future proofing.