How to drop a manifesto pledge without blinking

By downgrading the target of 300,000 new homes to a mere “ambition” Michael Gove leaves big questions about housing supply unanswered

Even by Michael Gove’s prolific standards, he has had a busy few weeks. When not strong-arming housebuilders and manufacturers to pay for safety remediation works – few fault his aims, though many disagree with the means – he’s been weighing into a big London development (yes, another one). This time freezing plans to bulldoze the former ITV studios to make room for what critics call “a swollen deformity for the South Bank”.

And that was before the secretary of state started publicising his levelling up bill to ram home the message that the idea of radically reforming the planning system in England in pursuit of building 300,000 new homes a year had been chucked overboard.

It can sometimes be hard to see past Gove’s rhetoric when trying to predict where policy will actually land, but soon after the Queen’s Speech details of the bill were released and it became clear he had been true to his word. If housebuilders are feeling shell-shocked right now, it is easy to see why. After all, the Conservative party has traditionally been their friend, and now Gove writes a column in the Mail on Sunday saying he will take on the “vested interests” of major developers that are “used to imposing their wishes on communities”.

Let’s just recap on how far the government has retreated on its planning reforms. The Planning White Paper under the previous housing secretary, Robert Jenrick, set out a host of ways to make it easier for developers to get schemes approved. By far the most controversial proposal was the creation of “growth” zones that would have automatic outline planning permission and not require local planning committee decisions.

Daring would be one description; outrageously undemocratic was how opponents saw it. And they have won the day. The political pressure proved too much as a by-election was lost and a backbench revolt was on the cards. Jenrick lost his job, and Gove set to work embracing the rhetoric of localism.

And now he has followed up with action: a complete about-turn. Growth zones have been definitively ditched and the manifesto pledge of building 300,000 homes has been downgraded from a target to an “ambition”. Instead ministers are extolling the virtues of BIDEN – a tongue-in-cheek acronym for a new set of priorities: beauty, infrastructure, democracy, environment and neighbourhood.

Take the idea of street votes introduced by the bill – it has proponents claiming more development will flow through greater local engagement, but there are concerns that enabling neighbourhoods to approve hyper-local design codes will add complexity and cost to an already overloaded planning system. Critics see street votes as at best a distraction; for many the bigger issue is properly funding local authority planning departments so they can speed up decision-making.

How quickly the political landscape has changed, and how fast housebuilders have fallen out of favour

On this funding point there may be some progress, with the Department for Levelling Up, Housing and Communities proposing to increase planning fees by up to 35% in order to ease planning gridlock (as reported by our sister title Housing Today). But the prospect of more costs falling on housebuilders will be uncomfortable for the smaller players in the market. These are the companies that ministers want building a greater proportion of homes, but there are signs they are struggling as inflationary and regulatory pressures start to bite.

One indicator to watch is housebuilding output, which dipped for a second month in March by 1.2%. Indeed, the entire economy experienced a contraction of 0.1% after no growth in February. Construction as a whole registered growth – in fact hitting a record high – but industry confidence for the future is low. That is hardly surprising when the Bank of England warns of a “very sharp slowdown” that is likely to turn into a recession before the year’s end.

So does dropping the target of 300,000 homes matter in this context? Jenrick certainly thinks so, and while you could call it sour grapes for being sacked, he is not alone in pointing out that during previous downturns boosting housebuilding has created jobs, grown tax revenues and helped drive economic recovery.

And it is not just the economy at stake. Aside from the moral case of correcting the huge housing inequalities that exist in this country, Jenrick – like other Tory MPs – knows that homeownership is central to his party’s political success. So, it is interesting to hear him say that he fears the housing crisis is now viewed as “an issue that’s too difficult, too politically fraught to tackle”. Meanwhile, Gove has turned his attention this week to housing finance, suggesting a relaxation of lending rules for homebuyers.

How quickly the political landscape has changed, and how fast housebuilders have fallen out of favour. Gove may have scored a win within his party – and addressed some justified concerns around local democracy – but the direction of travel he has set out leaves unresolved the tougher problem of how we build the numbers of homes this country needs. 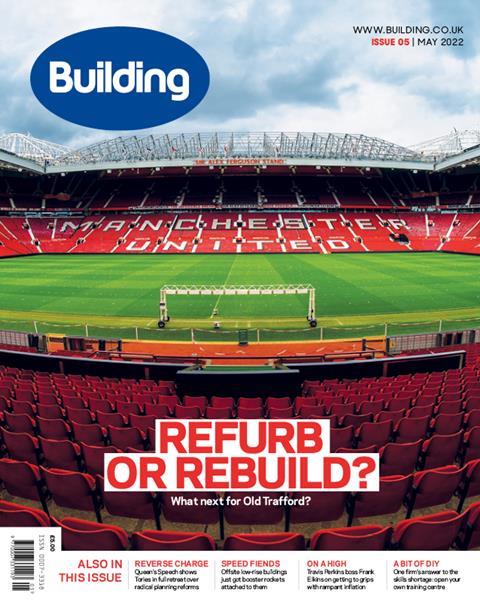