How to meet the deadline for HCA funding agreements

Projects must be completed by March 2015 in order to benefit from HCA funding agreements. What steps can be taken to ensure this happens? 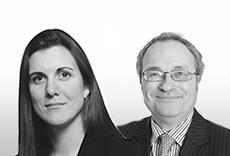 A number of Home and Communities Agency funding agreements for the construction of affordable housing schemes include an unmoveable date by which projects must reach practical completion in order to allow draw down of funding. The dates vary depending on the programme - for example for the HCA framework delivery agreement 2011-2015 the deadline is 31 March 2015 - but the principle is the same. Registered Providers (RP) wishing to draw down funding will want projects completed well before the relevant deadline.
RPs may contract with developers and agree to take part of their projects or may engage a contractor and team directly and carry out their own projects. If adopting the latter approach what steps can RPs take to have the best chance of securing project completion before the deadline?

The simplest step is to schedule projects in sufficient time. While this may still be possible for some smallish projects we are hearing of larger projects where the projected completion date is just before or the same day as the funding deadline.

Under a building contract the proposed completion date is subject to extensions of time (EOT) for delay caused by neutral events (such as adverse weather and the exercise by the UK government of statutory powers that affect the works) or employer-caused delay (the issue of instructions, failure by the professional team to issue instructions and information in time, changes or variations). This may lead to a completion date after the funding deadline, loss of funding for the RP and no right to recover that loss from the professional team or contractor.

While one part of a project may be delayed, others may reach practical completion

We have seen attempts to overcome this, one of which is to include a statement that EOTs will not be granted beyond a particular date (usually the HCA funding deadline or a couple of days before). There is a potential issue with adopting this approach - the so-called “prevention principle” which means that an employer is not “entitled” to benefit from a delay it has itself caused or contributed to. If there is no EOT mechanism to cover employer-caused delay (in this instance because of the statement that an EOT will not be granted beyond a particular date) it is possible that time becomes “at large” with the result that a contractor will only have to complete the project within a reasonable time. This will not help an RP trying to make sure that a project achieves completion by a particular date and to make matters worse any liquidated and ascertained damages provision will no longer work.

So, what other options are available to an RP? Acceleration comes to mind. Essentially the contractor agrees to speed up the carrying out of the works. Any agreement will need to be documented and there will undoubtedly be an increase in the amount payable to the contractor. Furthermore this will not provide a cast iron guarantee that the project will be finished in time as the accelerated completion date should be subject to EOT provisions (for the reasons mentioned above).

As currently drafted, the HCA agreements require an entire project to reach practical completion before the relevant funding deadline. There is no indication at this stage that this requirement will be relaxed, but RPs may like to consider structuring their projects to take advantage of any relaxation should it be forthcoming. Possibly the simplest way to achieve this is to harness any existing sectional completion provisions (or incorporate them). While one part of a project may be delayed it is possible that other sections are still able to achieve practical completion before the funding deadline, possibly allowing a partial draw down of funding.

This would mean removing the requirement for contractor consent and, as the works will be deemed to have achieved practical completion once taken over, irrespective of whether they have or not, the defects liability provisions and timescales should be enhanced and the possibility of not releasing the retention until this has been done should be explored.

The situation requires careful thought but it may be possible, with clear drafting, to reduce the risks to RPs of projects not being completed before the funding deadline.