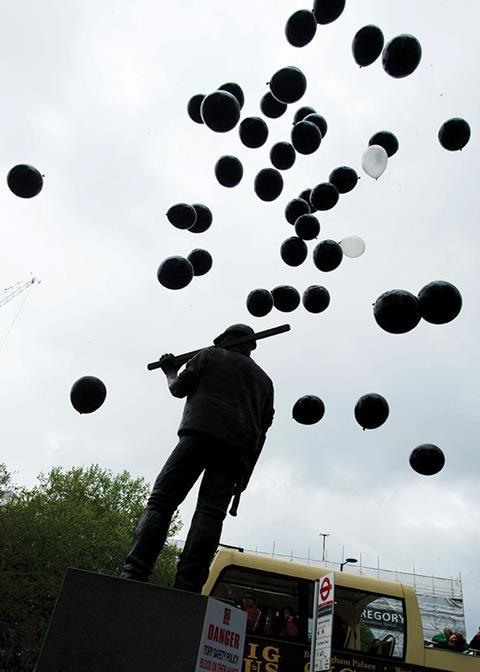 Construction workers’ trade union Ucatt released balloons to commemorate Workers’ Memorial Day on Monday. Gathering at the Building Worker statue in Tower Hill, London – a monument dedicated to those who have lost their lives on construction sites – members of the union released one balloon for every worker killed in the past year. The union also protested outside the Qatari embassy over issues about the country’s safety record.