Impartiality: Sierra Fishing Company and Ors vs Farran and Ors 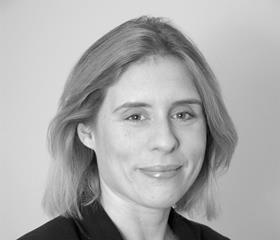 The claimants comprised a seafood supply company incorporated in Sierra Leone and its majority shareholders (Sierra Fishing Company, Said Jamil, Said Mohamed, the setae of Jamil Said Mohamed). During 2011 the claimants entered into a finance arrangement with the first and second respondents. The first respondent, Hasan Said Farran was the chairman of Finance Bank SAL (the bank), a Lebanese bank.

During May 2012 the claimants entered into a further loan agreement with Mr Farran and Ahmad Mehdi Assad that provided for arbitration in Sierra Leone or London. When no repayments were made Mr Farran and Mr Assad commenced arbitration and proposed the appointment of the third respondent, Ali Zbeeb, as arbitrator.

Thereafter the parties sought to settle the dispute in connection with which a number of draft settlement agreements were negotiated with the participation of Mr Zbeeb. None of these agreements were ever executed so in April 2013 Mr Farran and Mr Assad served notice of recommencement.

The claimants initially objected to Mr Zbeeb acting on the basis that he was the appointee of one side only. However, Mr Zbeeb did not resign and continued with the arbitration, conducting procedural meetings in July and December 2013 despite the parties’ absence and requests that these meeting should not go ahead.

The parties did attend a procedural meeting on 26 June 2014 at which the claimants first raised concerns over Mr Zbeeb’s independence and invited him to step down. The claimants had learned that Mr Zbeeb’s father had been a legal advisor to Mr Farran and the bank for many years and that Mr Zbeeb had acted as legal counsel to the bank during 2005-2006.

Mr Zbeeb dismissed the claimants’ concerns. He asserted it was not his responsibility to volunteer details of his connections with the bank and stated that he would proceed to issue his award notwithstanding the parties’ requests that he should not do so.

On 19 September 2014 the claimants issued an application to remove Mr Zbeeb as arbitrator under Section 24(1)(a) of the Arbitration Act 1996 contending that there were justifiable doubts as to his impartiality. Having been named as a respondent to the application Mr Zbeeb wrote several letters to the Court vigorously defending his position.

Were there circumstances that gave rise to justifiable doubts as to Mr Zbeeb’s impartiality?

The judge applied the common law test of bias as established by the Court of Appeal in Porter vs Magill [2002], i.e. whether “the fair minded and informed observer having considered the facts, would conclude there was a real possibility that the tribunal was biased”.

The judge found that there were three grounds upon which a fair-minded observer would conclude that there was a real possibility of bias.

The first was the legal and business connection between Mr Farran, the bank and Mr Zbeeb. On this point the judge referred to the International Bar Association Guidelines on Conflicts of Interest in International Arbitration, noting that one circumstance on the Non-Waivable Red List i.e. “the arbitrator regularly advises the appointing party or affiliate of the appointing party, and the arbitrator or her firm derives a significant financial income therefrom”) and another on the less serious Orange List were applicable.

Third, the judge considered that Mr Zbeeb’s conduct demonstrated a lack of impartiality where: (i) he had refused the parties’ requests to postpone publishing his award; and, (ii) had taken the challenge to his independence personally by writing letters to the court which were “argumentative in style and had … [advanced] … points against the claimant which had not been put forward by either of the defendants”.

As a result he had lost the necessary objectivity to determine the merits of the dispute.

This case highlights two important principles regarding the independence of the tribunal.

First, where an arbitrator knows of any circumstances which may cast doubt on his/her impartiality details should be disclosed to the parties immediately. The arbitrator must not assume that the parties will carry out their own enquiries.

Second, arbitrators who do find themselves the subject of challenges to their independence should avoid getting dragged into the arguments. Arbitrators must be capable, and be seen to be capable, of remaining impartial once such a challenge has been made.