In conversation with Steve Watts on tall buildings and vertical farms

Steve Watts, chair of the Council on Tall Buildings and Urban Habitat, talks to Jamie Harris about where skyscrapers are going – apart from up, that is 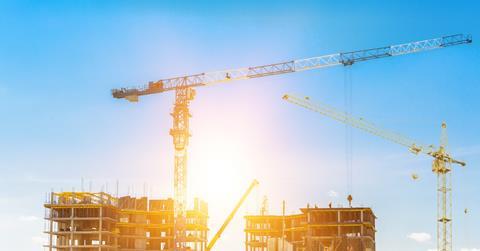 The past decade has been a boom time for high-rise development.

The function, form and location of skyscrapers is changing.

In the 1960s, a typical tall building would be described as an office building in North America built out of steel. And now, it is probably mixed-use, in Asia or the Middle East, and built out of composite construction. Of the 1,119 buildings, 52% were constructed in China.

But historically, the UK has an unease with tall buildings.

We are getting over that in terms of tall commercial buildings – one reason is the high-quality towers that have been completed in London. But we are still very uneasy about tall residential buildings. However, New London Architecture tall research completed last year showed that of the 541 towers in the London pipeline, 90% are residential.

The beginning of this decade will be remembered as the moment mass timber broke into the mainstream of high-rise construction, by many practitioners in the built environment.

This may be a difficult subject in the UK in the post-Grenfell era, but other countries are looking to encourage its use. Last year, Mjøstårnet, an 85m, 18-storey mixed-use building in Brumunddal, Norway, became the world’s tallest timber building. It has a glulam structure, cross-laminated timber core walls, a timber sandwich floor and timber facades. It is not alone – the US government is encouraging the use of mass timber; France says it wants at least 50% of public buildings constructed in timber. 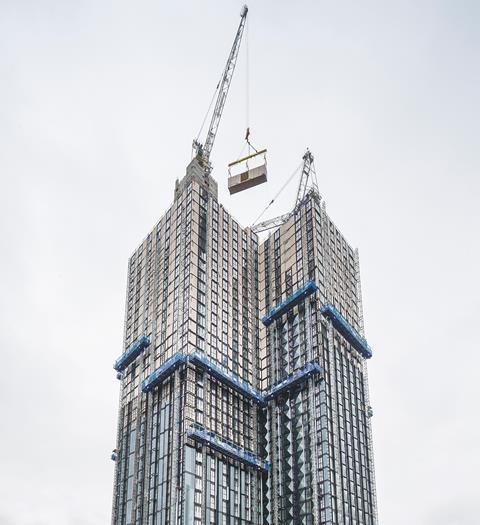 There are some notable examples of buildings being built with modular methods around the world – but I wouldn’t call it a trend just yet.

There are towers being constructed in Australia, in Croydon here in the UK, and some in the US as well. But we’re still very much in the research stage, when we’re trying to figure out how to make it economical and logistically efficient. If an organisation – private or public – could put money behind it, perhaps in a vertically integrated way, so the client becomes the manufacturer as well, with a long-term pipeline attached to it, maybe that is the answer. I can’t see a better way than this to address our skills shortages, to de-risk the process, and to create a process that involves less waste and therefore is sustainable.

As urban habitats become more densely populated, we have to think about the contribution tall buildings can make at a city scale, aside from just being tall.

Interconnectedness is one way: there are several examples in Singapore, such as Marina Bay Sands resort, that are raising the ground plane through the use of sky bridges. We are creating horizontal habitats – complete with the social infrastructure a community needs – at height. In the future, we could see this not just between buildings on the same estate, but across a wider area of the city. People’s natural reaction is to think of films such as Metropolis and Blade Runner, but in increasingly crowded, vertical cities, this is a solution. 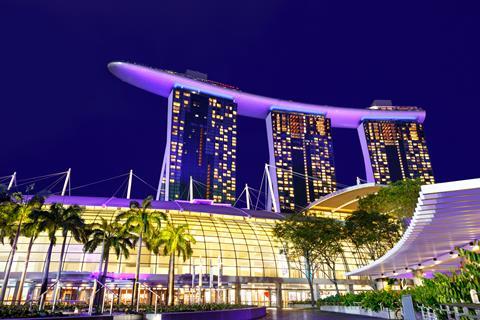 Will we ever get to the stage of creating vertical farms? It’s possible.

We need to make the base building cost-effective, but it’s certainly possible – there are buildings with external wall zones, in which vegetation is grown and harvested. A growing number of towers are taking vegetation more seriously, using planting as a fundamental part of their raison d’etre. There’s a building in Aurangabad in India doing just that. You could combine a commercial building with vegetation that not only looks good but is also good for the environment in terms of air quality and air temperature, as well as make a positive impact in terms of carbon sequestration, noise absorption and biodiversity.

As the structures are getting more complex, the Council on Tall Buildings and Urban Habitat is seriously considering an accreditation programme for tall building professionals ­– and maybe for tall buildings themselves. They are of such a particular typology that require certain skills, so ingraining that knowledge into a tall building project at the outset can only help create something appropriate and of fine quality. It could cover virtually every discipline, from architects to engineers or cost consultants, and even specialisms such as wind, solar, or other environmental concerns. We’re in very early stages but we are in broad agreement that it is a good idea.