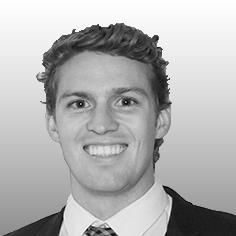 The licence agreement was conspicuous in its brevity and did not include the usual boiler plate clauses providing, for instance, for dispute resolution, limitation of liability, and as to the matter in dispute; termination. There was, however, an apparent intention to incorporate these provisions by reference, and sub-clause 5.1 stated that:

“5.1 This Agreement shall be governed by the terms contained within the ‘Enabling Agreement…” (the enabling agreement).

The enabling agreement was in effect a framework agreement between NGM and a company connected with BAE, “BAESI”, which set out the terms upon which NGM would provide products and services to BAESI, on behalf of and for BAE.

The enabling agreement included the usual boiler plate provisions which were lacking from the licence agreement. These included a termination provision which at sub-clause 10.4 entitled BAESI to terminate “for convenience at any time”.

On 8 September 2014 the issue was decided in favour of BAE in the TCC.

The principal issue before the Court of Appeal in this case was whether sub-clause 10.4 of the enabling agreement was incorporated by reference into the licence agreement by sub-clause 5.1 so as to entitle BAE to terminate for convenience.

It then went on to consider the “leading case” on “incorporation of provisions into a contract by reference to another contract, between the same or different parties”, which is Skips A/S Nordheim v Syrian Petroleum Co Limited [1984] 1 QB 599.

Skips A/S Nordheim was decided on facts that make the decision inapplicable to the case at hand, however, the judgment includes observations which now represent well-understood principles of construction for incorporation by reference, and most particularly Oliver LJ’s two stages of inquiry:

“[1] whether the terms are so clearly inconsistent with the contract…that they have to be rejected or [2] whether the intention to incorporate a particular clause is so clearly expressed as to require, by necessary implication, some modification of the language of the incorporated clause so as to adapt it to the new contract…”

In applying this inquiry, the court found as follows:

Accordingly, the court found that sub-clause 10.4 was incorporated and the licence agreement had been validly terminated.

The decision in Northrop provides for a common sense approach to be applied to the construction of incorporation by reference clauses, and confirms that this exercise must be carried out in accordance with the usual principles of contractual construction.

On these bases the court was dismissive of the use of technical arguments, including the considerable effort spent by NGM in attempting to downplay the force of the words “governed by” by reference to synonyms.

While the issue of “incorporation of provisions into a contract by reference to another contract, between the same or different parties” may well be a mouthful, the principles of construction as set out above are well-settled and straightforward.