The recent BCO conference in Chicago offered a vision of the future: intelligent cities filled with data, where people and things are constantly connected to the digital world. The opportunity for the industry is now to make sense of it all 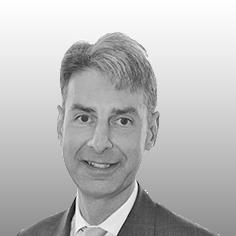 Today, there are more people living in cities than in rural areas, a geographical trend that is expected to continue apace: it is estimated that 6.5 billion people will live and work in cities by 2050. So, it follows, that urban centres are high on the political agenda.

Chancellor George Osborne has set out the government’s vision of powers devolved from Whitehall to the regions as one of the most significant moves since the Conservatives retained the keys to Number 10.

While devolution plans are complex and will take much time to be realised, the impact they could have on the way our regions’ urban centres are shaped should not be underestimated: all eyes will be on Manchester as the first UK city to explore the reality behind the rhetoric.

As the power held by cities evolves, so too does the insight that informs the planning of their urban spaces. How we shape and define more “intelligent” cities, and the buildings and workplaces within them, was a key topic of debate at our annual conference held in Chicago at the end of May. While much debate will focus on what indeed makes a city intelligent, discussion broadly looked at how the industry can embrace data and technology to enhance the quality and performance of an area and its buildings.

Chicago, New York’s great rival, and the US’ third biggest city, has been influencing the world for the last 150 years. Almost completely rebuilt after the fire of 1871, the city has seen the development of the modern office, the world’s first skyscraper and, for a number of years, boasted the world’s tallest building (the Sears, now Willis, Tower).

This all began with a plan – The Burnham Plan of 1909. Daniel Burnham’s plan was the first of its kind to use the collection of data to underpin the way Chicago would be subsequently redesigned and much of it is still in evidence today, something that many of us saw and marvelled at. From the protected lakefront that’s home to public parkland, to the widened boulevards that set out to relieve traffic congestion and beautify the city, Chicago offered much food for thought on considered planning.

Lee Polisano, president and founding partner of PLP Architects, chaired a session on how data can unlock insight on people and places and what impact this information could have on the built environment - enabling us to revisit the roots of Burnham’s plan more than a century on. The challenge, of course, given the overwhelming amount of data we have access to today, is making sense of that information: what does it mean for the design of our cities?

Thimon De Jong, an expert on future human behaviour, spoke on the panel about the expectation that by the year 2020, 30 billion “things” will be connected to the internet, from our fridge-freezers to our cars. With that in mind, thoughts tend to turn to how much of a balance we have and want between digital connectivity and privacy. De Jong asked: is this constant connectivity turning us into “digital zombies” - physically here but with minds elsewhere? While the opportunities that a digital world enables are very powerful, the question is raised of whether this inturn creates a bigger urge to disconnect and find a “digital balance”.

A sense of balance is vital to assessing the very value of data too; to realise a more intelligent city through data requires a positive and useful connection between the insight used and the impact it enables. James Cheshire – academic at the UCL Department of Geography and co-author of the excellent book, London: The Information Capital - talked about the role of data in “unlocking the DNA of a city”. Referencing Strava – an app used to track athletic ability via GPS – Cheshire outlined how the data behind users’ cycling routes is being used by Transport for London to inform decisions that improve cycling provision in the city: a tangible output of data affording us greater, and very useful, intelligence.

Putting this in the context of city and building planning, Peter Ellis, president of New Cities, posited that, while design is about imagining how to create the future, data is very useful for understanding what’s happening in the moment. The combination of these two elements - vision and insight - has the potential to “make cities incredible”, in SOM partner Philip Enquist’s view. Looking specifically to office and workspace, a similar notion can be echoed. Through the ever-increasing levels of insight and understanding of how a space is used and what and whom it needs to provide for, we can anticipate, deliver and evolve the requirements much earlier.

It’s a fascinating period for our industry and one that warrants a sense of responsibility to ensure that new levels of intelligence and insight available to us are equally met with an ever-increasing ambition of what can be achieved. The real challenge, for my money, is sorting the wheat from the chaff: the data that “diverts” us from the information that will provide genuine insight to inform what we do and how we do it.