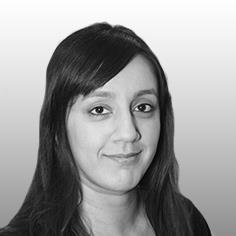 Henia Investments Inc (Henia) engaged Beck Interiors Ltd (Beck) to carry out extensive fit out works to a property in Kensington using the JCT Standard Building Contract without Quantities 2011 form, as amended (the contract). The payment mechanism was intended to reflect the terms of the HGCRA (as amended by the Local Democracy, Economic Development and Construction Act 2009) and provided that the interim payment due date was the 29th of each month with interim applications to be made no later than seven days before the due date. The contract administrator (CA) was required to issue an Interim Certificate no later than 5 days after the due date. The final date for payment was 28 days after the due date and any payless notices were to be issued no later than three days before the final date.

Beck contended that the document submitted on 28 April 2015 comprised a valid interim application relating to the 29 May 2015 due date and that because the CA’s Interim Certificate was late, this meant that the amount claimed on 28 April was now due. Beck further argued that the payess notice issued by Henia on 17 June was invalid on grounds that in such a notice Henia could only apply cross-claims like liquidated damages and not otherwise challenge the CA’s valuation.

In Part 8 proceedings for declaratory relief commenced by Henia the issues before the Court were:

1) Was Beck’s 28 April 2015 document a valid interim application in respect of the 29 May 2015 due date?
2) Was Henia’s notice dated 17 June 2015 an effective payless notice?
3) Would a failure by the CA to make a decision in respect of an application for an extension of time prevent Henia from claiming liquidated damages?

Regarding the first issue the judge found that Beck’s 28 April 2015 document could not be an treated as a valid interim application in relation to the 29 May 2015 due date where:

While acknowledging that the second issue was superfluous if the 28 April document did not relate to the 29 May 2015 due date, the judge decided that there was nothing in the contract to prohibit the employer from challenging a valuation certified by the CA.

On the third issue the judge found that any failure by the CA to operate the extension of time provisions would not give rise to a condition precedent debarring Henia from claiming liquidated damages. Any potential short term unfairness to Beck could be resolved through the relevant contractual dispute resolution mechanisms. The judge stressed that this finding was obiter where prior to judgment being handed down, in adjudication proceedings commenced by Beck, the adjudicator had decided that no valid application for an extension of time had been submitted.

In order for there to be no question as to the validity of an interim application for payment, it needs to be clear and unambiguous. This is particularly important given the serious consequences that follow from such a document. Where the contract makes the payment application cycle timings clear, doubt will arise if the sequence is not followed, absent any qualifying explanations.

This judgment also confirms the principle that the HGCRA (as amended) does not prohibit an employer from challenging an amount previously certified by the CA and providing its own valuation as part of a payless notice, albeit that this principle will be subject to specific contract terms.