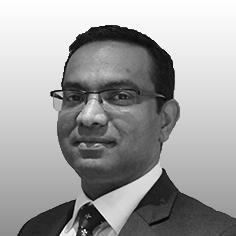 During March 2012 Leeds City Council (LCC) entered into a contract with Waco UK Ltd (Waco) for the design, manufacture and installation of classrooms at Roundhay Primary School. The contract provided that up to the date of practical completion, interim payment applications were to be made on specified dates at monthly intervals. After practical completion, applications were to be made at two-monthly intervals unless otherwise agreed by the parties.

Waco submitted application number 21 on 22 September 2014 but Jacobs refused to certify on grounds that the application had been submitted six days before the contractual date of 28 September. Waco referred the dispute to adjudication and obtained a favourable decision on the ground that LCC had failed to serve the relevant payment notices. During 2015 LCC commenced Part 8 proceedings seeking a declaration that application number 21 was invalid on the ground that it was made prematurely.

The issues to be determined on the Part 8 application were:

The judge found that Jacobs had both ostensible and actual authority to agree different dates upon which applications for interim payment could be made after practical completion.

The judge considered that for applications made after practical completion there had been no variation of the contract terms, rather the parties had made use of the flexibility allowed by the words “unless otherwise agreed”. In contrast, due to the absence of this qualification for applications made prior to practical completion, the dates could only have been changed through a variation to the contract and there was no evidence that Jacobs had authority from LCC to so vary the contract.

The judge held that by the end of 2012 at the latest, the parties had established a course of dealing by which Jacobs would not insist on applications being made on the specific dates in the contract, provided that they were made shortly afterwards, within a three to four day leeway period.

As regards the November 2013 application the judge held that Jacobs’ initial rejection was consistent with the established course of conduct, i.e. that applications were to be submitted on or shortly after the specified dates.

The judge considered that the application made on 18 July 2014 was premature but held that, despite this application being certified and paid without protest, this did not mean there was an implied representation that LCC would waive a similar irregularity in the future. The judge commented that “one swallow does not make a summer” so that this one instance did not give rise to any form of waiver or estoppel.

The course of dealing adopted by the parties did not allow for flexibility as to premature applications. Hence the judge concluded that having been made six days in advance of the specified date, application number 21 was invalid, meaning that the adjudicator’s decision in favour of Waco could not stand.

With any contract the parties may by conduct establish a course of dealing that differs from the express terms. English law will usually support the party who may suffer if the other tries to backtrack. In this case the judge took a narrow view of the extent of the digression from the written terms demonstrating that disregard for the contract terms will usually be hostage to fortune. It would for example be highly imprudent to miss dates for payment and payless notices in reliance upon an uncodified course of dealings.