Colin Harding wrote his first column for Building three decades ago, outlining a plan to shift the British parliament to the north of England. Today, he says, the need to move the seat of our government out of London is as important as ever 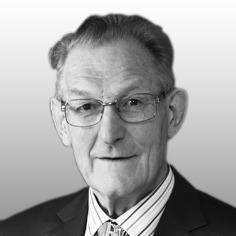 “The North-South divide is just as much a problem on the south coast as it is in the North. Bournemouth where I live and work, is one of the fastest growing conurbations in the country. The demand to move here, not just to retire and die but to work and raise a family, continues to grow.

“The price of housing there is rising above inflation. That may be good news for existing owner-occupiers, but it does not encourage the ambitious surveyor living in Yorkshire to sell his spacious four-bedroomed detached house in exchange for a three-bedroomed semi in Bournemouth. The North has the space and the spare labour. The South has the work, but space only at an unacceptable premium. […]

“What the country needs is a dose of good old Victorian values! We need the politicians to lead us by example. They should put their mouths where their money is needed and move Parliament and the seat of Government to the North and revitalise that region.”

No, this isn’t more fake news; the three paragraphs above are extracts from my very first column for this magazine, published on 17 April 1987. It’s a damning indictment of our governmental system, both political and public-sector administration that little, if anything, seems to have changed in the last three decades.

MPs and members of the House of Lords are still clinging to their impractical “club” in the ancient and decrepit Palace of Westminster. As one of the most important World Heritage sites, the buildings must clearly be restored, renewed and reopened to the public. But where is the logic in insisting that this extraordinary (but now unsuitable) 19th century structure remain the seat of government of a soon to be reborn independent nation in the 21st century?

Such a momentous step forward deserves a brand new, exceptionally well-designed parliament complex that is fit for the purpose of governance in the digital age. (But please, no more vanity giant blobs or “wow factor” carbuncles.)

The question is, where is it to be sited? Following the recent tragic terrorist events of 22 March, the new campus probably has to be outside central London, but remaining well connected to Whitehall. After 30 years, the now more prosperous metropolitan areas in the north of England no longer need such support.

What has significantly changed in 30 years and was graphically exposed by the EU referendum vote, is the way in which the nation is divided politically

One possibility could be to create a new seat of government in one of the planned garden cities, with its own station on HS2, say somewhere north or south of Birmingham. If the inevitable pressure from the metrocentric Luddites prevails, a concession could be to construct it at either end of the Jubilee Line on a suitable brownfield site.

In some ways, precisely where it is sited doesn’t really matter, as long as it is a suitable distance from “old Westminster” (which could become a self-supporting museum/state events space?). It’s more about the principle of extracting MPs and Lords (hopefully within a drastically modernised system) from the reactionary traditions and myths that come with Westminster Palace’s historic buildings. Our soon to be reborn, independent UK needs a modern parliament designed for 21st century debate and governance, with politicians who are respectful of, not intimidated by, nor taking personal advantage of, its great history.

What has significantly changed in 30 years and was graphically exposed by the EU referendum vote, is the way in which the nation is divided politically. It is no longer a question of left/right or North/South, but self-important, metropolitan greater London against what they see as the inferior “oiks” in the rest of the country.

Commercially there is a similar, almost sneering division between global businesses, government, their revenue-raising agencies, and outsourcers, against SME businesses and the majority of the population on modest to low incomes. The construction industry has also been split along similar lines: the service economy designers and supervisors of virtual construction (declaring profits of 15-25%) against real construction’s contractors. These are the only people who actually do the real construction work on site and on whom everyone else’s responsibility is dumped. No wonder they are struggling to break even, currently forcing their chief executives to set future profit targets at a demeaning 2–5%.

It is risk-averse virtual construction’s usurping of the industry’s supervision and leadership that is responsible for this mess. This is not just about profitability, but productivity, cost escalation, recruitment and training as well. The only way for real construction to repair this damage is to fight back by dealing directly with their clients, and retaking full control of both the design and management of their own products and processes.

New forms of integrated and collaborative design and management systems are now available to help facilitate this. These are the Cabinet Office document New Models of Construction Procurement and my own/CIOB’s Integrated Design & Construction – Single Responsibility. Clients and practitioners will soon discover how much more effective they are than any of the traditional adversarial forms. Enjoy!

Colin Harding is a past president of the CIOB and the author of Integrated Design & Construction – Single Responsibility: A Code of Practice published by Wiley Blackwell 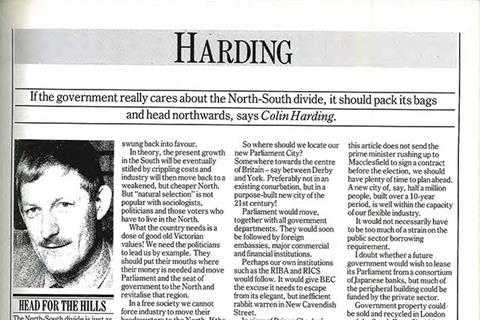