This week features a clarification on land value in viability testing for local planning developments, some thoughts on standardised school design and a reaction to our interview with Mark Prisk 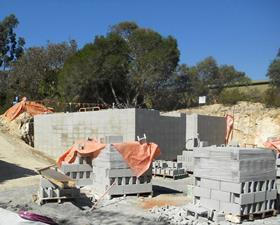 As a member of the Harman Steering Group, and having put a lot of work into the viability report and attended the launch, I can confirm that there is not - nor has there ever been - “a row” about the treatment of land value in the advice on viability testing of local plans (29 June, page 14).

Your report quotes a question at the launch, but omits to mention that the questioner admitted he had not had time to read the document. The position was subsequently clarified by several people.

It is a shame Building did not read the advice itself. The treatment of threshold land value is discussed at length on pages 28-31, quite clearly outlining several possible ways of determining land value (e.g. existing use value plus uplift, market value, etc.). The most important statement is: “Threshold Land Value should represent the value at which a typical willing landowner is likely to release land for development”.

The treatment of land value, which lies at the heart of viability testing of local plans, was a very difficult issue and the working group that drafted the report had many discussions.

Roger Humber’s description of the advice as “a massive lost opportunity”, and his assertion that “industry leaders must bear principle responsibility”, also bears no relation to reality. It is a valuable document, agreed between HBF and the LGA, and with significant and valuable input from members of the working group, including members of the RICS.

The advice complements the guidance in the NPPF and has been well received by both home builders and planners.