As we enter a new decade, pressure on owners and workers continues unabated and the number of firms tumbling into administration gathers speed. In fact, the ability to turn the screw on suppliers is still worn like a badge of pride by some clients and main contractors. 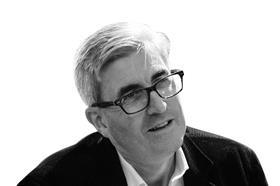 In the run-up to Christmas, anyone working on Crossrail would not have missed the message implicit in a statement from one of the firms involved that the line’s philosophy was all about “keeping pressure on, even while up against seemingly impossible challenges”.

Anyone who has worked in the industry will recognise what that means – and the implications for the people trying to deliver “seemingly impossible challenges”. To be fair, this could have been quoted on any number of projects – we create problems that reduce the time available and tell trades “to get it over the line” by ramping up the pressure.

>> Contractors’ salary survey 2019: Not all about the money

But how does this fit with a sector that recognises it has a problem with mental health? The industry has come a long way on mental health in the past couple of years and it is finally recognised as a worry. We should be applauded for this, but if I have one criticism of the assistance on offer, it is that we deal with the symptoms as if they are inevitable, instead of working out how to remove the root causes. We treat the symptoms, not the disease – a culture cemented in perpetual legal conflict and dispute.

Pay what you owe

Kier has just been readmitted to the government’s prompt payment code, having been expelled for failing to pay 95% of subcontractors within 60 days. In its statement of contrition, it said it remained committed to paying its suppliers “to agreed terms” and had offered small and medium-sized subcontractors “a range of accessible payment plans”. 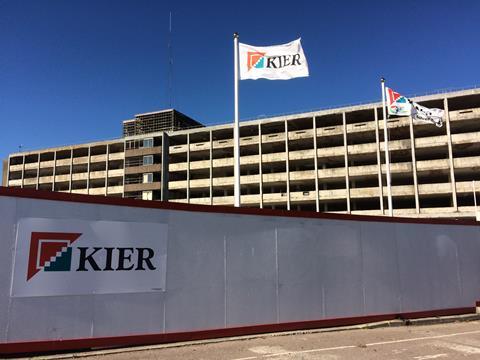 How about simply paying people what you owe them? Even if you can accept that 60 days could be described as “prompt”, the phrase “agreed terms” sounds very much like code for “you signed up for it – so, tough”. It implies an equal basis for the contract, which rarely exists because the party setting the terms is usually much bigger than the party having to accept those terms.

The legal and commercial team at the Building Engineering Services Association (BESA) spends a great deal of time intervening on behalf of our members because their clients are simply looking for reasons not to pay. And the whole industry suffers because of this attitude – directly because projects are blighted (late, over-budget, poorly finished) and indirectly as a result of wider social implications such as poor mental health.

A survey carried out by BESA and the Electrical Contractors’ Association last year found that nine out of 10 small business owners were suffering from stress and other mental health conditions because of late payment. They also found that half of all small business owners and managing directors had been forced to stop their own pay and one in 10 admitted to being forced to pay their staff late. More than one-third have fallen behind on tax bills and almost one-quarter have cancelled training programmes due to payments being withheld by clients.

More than 600 firms from 27 membership bodies replied to the survey, which was carried out in association with the Prompt Payment Directory, showing just how widespread late payment is. The knock-on impact can be devastating, with employees struggling to pay mortgages, rent and household bills … building up massive levels of stress that, in turn, lead to other health problems and pressure on families.

BESA believes the government should make it mandatory to report compliance with the prompt payment code in company audits. The Specialist Engineering Contractors’ Group, of which BESA is a member, is pushing for legislation to make 30-day payment terms compulsory on all public sector contracts. We are also campaigning for the remit of the small business commissioner to be expanded to include the construction industry and for them to have the power to fine persistent late payers – similar to way the groceries code adjudicator already operates.

We also want to see a quick return of the draft legislation outlined in the last parliament by the Aldous bill to protect retention money by ring-fencing it in special deposit accounts. This attracted huge cross-party support last year and, if it had been in place at the time, would have significantly reduced the damage caused by the collapse of Carillion.

Without real culture change to fix supply chains, the high-quality, socially inclusive, low-carbon built environment it has promised the country simply will not happen

The level and extent of the abuse suffered by small and medium-sized firms in our sector can no longer be ignored. It would be nice to believe this could be sorted voluntarily, but any pretence that voluntary payment “codes” make a real difference is over. There are of course notable exceptions that recognise the contribution of their supply chain and how chasing money destroys value.

So, legislation is needed to create the right conditions across the whole sector. The government can make a quick and lasting change to help the “doers” on site – ie, those who install the products and services. This would create a culture with a hugely positive impact on industry’s ambitious plans for new infrastructure, housing and net-zero carbon.

Legislating to right a wrong is one of the key responsibilities of any government, but politicians should note that without real culture change to fix supply chains, the high-quality, socially inclusive, low-carbon built environment it has promised the country simply will not happen.