Legal: All together now

It’s time to draw together the scattered pieces of construction law to form a uniform construction code, say Rudi Klein and Philip Harris 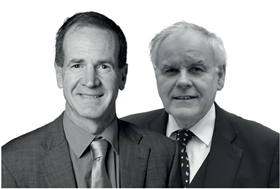 Some years ago the perceived wisdom was that there was no such thing as construction law. It was simply an agglomeration of laws culled from a variety of existing sources. It is now much more difficult to sustain this view. There has now emerged a substantial and distinct body of jurisprudence that relates to construction and, more particularly, to construction contracts.

Much of this has been driven by the Construction Act and the issues that have arisen around the enforcement of adjudicators’ decisions. But there has also been much litigation over provisions unique to construction contracts, and it even looks like BIM is beginning to attract its own case law.

Those who have purchased the new editions of the standard textbooks that have been published over the years will have noticed their size doubling compared with the early editions. We have a Technology and Construction Court with specialist construction judges and a Pre-Action Protocol for Construction and Engineering Disputes.

Perhaps the pace of change was too fast, but surely if law makers had applied their minds, they would have put in place a system to deal with this?

In a 2011 paper written for the Society of Construction Law, Philip Harris, co-author of this column, advocated a creeping system of codification of construction law: “Imagine this scenario: in 2011 it is decreed that a capsule be buried containing a summary of our laws currently in force in England and Wales, comprising case law and statute law and current regulations. Thousands of years pass. A subsequent, highly developed society digs up the capsule. An expert in technology and construction law is tasked with deciphering the contents relevant to his field.

“He concludes, quickly, that what he has been presented with can be no more than fragments – torn scraps of a greater manuscript, broken shards of a greater tablet, all jumbled up. Later scholars disagree. They uncover, with bemusement, that this is all that existed by way of construction law in 2011. Society had simply not joined up all the pieces into a comprehensive code which offered clarity and certainty. Perhaps the pace of change was too fast, but surely if law makers had applied their minds, they would have put in place a system to deal with this?”

Wholesale codification is usually a mammoth task. The Law Commission spent six years trying to codify the law of contract but, in the end, gave up. On the other hand, the very voluminous Companies Act 2006 managed to codify directors’ duties. Is there another manageable way of achieving some level of codification of construction law?

A possible model is the US Uniform Commercial Code. This code is a comprehensive set of rules that was developed, in part, to help businesses navigate myriad legal and contractual requirements that are relevant to their transactions. It has been introduced via statute in all US states, albeit with some variation.

Wholesale codification is usually a mammoth task. The Law Commission spent six years trying to codify the law of contract but, in the end, gave up

The nine parts of the code (the articles) deal with different aspects of sales, from sales and leases of goods, to letters of credit, to storage and bailment of goods. The code is kept under review by a body comprising lawyers – the practising profession, judges and academics – appointed by each state.

Some provisions of the code, however, have been criticised as too open-ended. An example is Article 2-302, which allows a court to refuse to enforce a contract if a clause is “unconscionable”.  Some years ago a Texas court even held the contract price to be unconscionable.

A Uniform Construction Code could be adopted by key organisations in the industry. It could then be incorporated into contracts across the construction industry, including professional appointments. This code could be written in instalments, topic by topic, and progressively added to and expanded until it develops into something as comprehensive as possible.

Who would write the code, and how would it be recognised and established, would all need to be worked out. It could be a collaboration of university academics, lawyers (whether in practice or senior retired figures with some time available) employers, project managers, specialist contractors and construction professionals. A drafting committee would have to be established and funds may need to be raised from interested parties.

The advantage of the construction industry writing and adopting its own code by consent is that the industry can “own” the initiative and have a voice in preparing it and therefore identify with it. If the code gains wide acceptance then perhaps it might become a model for a statutory or regulatory code.