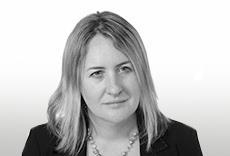 Sir Robert McAlpine Ltd (McAlpine) was developing a site when concrete escaped while a pile was being created by one of McAlpine’s sub-contractors. The pile was close to a private drain connecting to a Northumbrian Water Ltd (Northumbrian) operated sewer. Despite thorough site investigations and research by McAlpine prior to the piling works, neither McAlpine nor Northumbrian were aware of the private drain. Shortly after this, sewage backed up into nearby premises. Northumbrian found concrete in its sewer and claimed the costs of its removal from McAlpine in negligence and nuisance.

It was held that McAlpine was not liable in negligence or nuisance. Key points from the judgment were as follows: