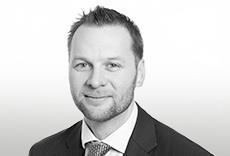 An adjudication is, of course, precipitated by a crystallised dispute arising under a construction contract. A party to a construction contract has a right to refer a dispute to adjudication “at any time” under the Housing Grants Act. It is for the referring party to describe the dispute when it commences the adjudication (such as in the Notice of Adjudication). In adjudication parlance, “dispute” has been given a broad meaning by the courts. The counterbalance to construing dispute broadly is that (in most cases), a referring party may only refer one dispute to an adjudicator in any adjudication proceedings. This is an express restriction in the Housing Grants Act that created the right to adjudicate. Accordingly, the courts will refuse to enforce adjudicator’s decisions if it involves multiple and separate disputes.

To avoid falling foul of this issue, a referring party would often “carve up” the independent disputes and commence separate adjudications. This could create an impression of “multiple disputes” if the same adjudicator was appointed and the adjudications run on parallel timetables. Indeed, two adjudication decisions were recently challenged for the first time on this basis in Willmott Dixon Housing Limited vs Newlon Housing Trust [2013] EWHC 798 (TCC).

Here, the Court found that separate yet contiguous referrals did not constitute multiple disputes. The Court decided that the right to refer a dispute to adjudication at any time trumped the provision that an adjudicator must decide a (single) dispute under the Housing Grants Act. Therefore, a party could legitimately commence more than one adjudication at any one time and for the same adjudicator to be appointed. This decision is an interesting development in adjudication law and is likely to influence parties’ approaches to multiple disputes.