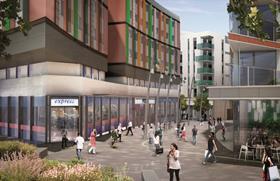 According to papers filed at the Technology and Construction Court, Willmott Dixon Housing worked for Newlon on its mixed-use Hale Village development in Tottenham Hale, London, but the firm withheld payments totalling £115,697 for work on the basement of the development.

Plus, it refused to pay Willmott Dixon £130,020 because it said it had suffered “liquidated damages” under the contract. Liquidated damages are usually related to late competition of work.

Newlon claimed that Willmott Dixon had not gone through the proper procedure when starting adjudication proceedings and therefore was not entitled to have the adjudicators decision, which had found that the contractor should be paid the fees, upheld.

Plus, it said it was not right for Willmott Dixon to refer both disputes to the same adjudicator.

But Mr Justice Ramsey, whose judgement was published this week, dismissed this and ordered the firm to pay a total of £245,716 in fees owed to Willmott Dixon and to pay £6,950 of costs to Willmott Dixon.

He said: “I do not consider that Newlon have real prospects of successfully defending the enforcement of the two adjudication decisions based on alleged inadequacies of the referral process.”

Both Wilmott Dixon and Newlon Housing declined to comment.