As the submission period for the consultation closes, the law commission starts its journey through a maze of competing issues 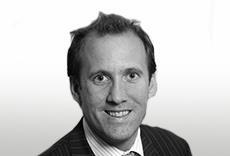 As the window for submissions to the Rights to Light consultation closes, the Law Commission will have to begin navigating its way through what still risks becoming an intractable maze of competing interests.

The lines are being drawn on both sides of the argument. On the one hand, members of the British Property Federation (BPF) seem broadly against abolition of the current rules on prescriptive rights to light - an Englishman’s home, it would seem, is still his castle.

On the other hand, many developers and policymakers believe that unlocking the process of infringement negotiations in a sensible and equitable way can only be a good thing. This is especially clear following the Heaney case, which highlighted the practice of some landowners in stringing out negotiations in order to elicit larger ransom payments from developers.

One of the ripest areas for debate is how the Notice of Proposed Obstruction (NPO) procedure will work. Under the proposals, a developer looking to flush out an injunction could serve an NPO on affected parties. If no action were brought, the developer would then have five years to proceed, free of the threat of an injunction as long as the development did not exceed the infringement referred to in the NPO.

Developers might suggest the largest possible infringement in their NPOs, hoping to give themselves the broadest possible envelope within which to sculpt their finalised plans. But this could provoke unnecessary action by landowners - a risk of prejudice with which the Commission will need to grapple.

Developers want the NPO procedure to apply before significant investment is incurred in running up detailed plans. However, for the process to be meaningful, sufficient information will need to be given for landowners to assess how to act. The Commission needs to strike the right balance in this regard.

The Commission will need to tread carefully as it makes its way forward, ensuring that the final outcome is fair to all parties whilst still doing something meaningful to unlock the current impediments to development.