Legal: the fluctuations of Brexit in building contracts 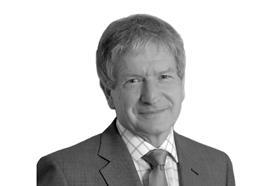 Just over two years ago I suggested it was time to brush up on the use and operation of the fluctuation provisions in building contracts. A suggestion spurred by the advent of Brexit and its ambient uncertainty; an uncertainty plain to see. The risk of having entered into contracts that potentially span the Brexit leaving date, without adequate protection from fluctuations, could leave parties in a precarious situation. One can still act to mitigate potential loss but the situation is far more problematic. For those currently entering a building contract a proper risk assessment should be undertaken, with serious consideration given to incorporating the relevant fluctuation provisions.

It seems that the end game (if there is to be one) regarding Brexit is till some way off. Whatever the final date and manner of leaving, in terms of a withdrawal agreement being in place (or not), there will still be trade deals to negotiate with the EU and others. The impact of the concept of Brexit has also created volatility in the currency markets, which may continue for some time. One only need look at the wide variations in the rates of sterling to the euro and the US dollar over the past three years or so to appreciate the risk that currency movements pose. Brexit clearly requires consideration to be given to material and labour price movements. Additionally it brings into the play possible supply problems that not only affect prices but also cause delays, raising the further question as to how these should be dealt with.

Brexit also brings with it associated political risk that could spring a general election. Because we have no way of knowing the nature of the resolution of current events and their timing, significant risks are in play. Even a no-Brexit outcome would not necessarily improve predictability of cost, because it would impact on the pound and might also create a short-term uplift in activity sufficient to increase prices.

Delays in the supply of materials and labour are risks generally borne by the contractor […] However, the present difficulty is that possible delays are not manageable

It is not only Brexit and UK political risk that one needs to consider, because there is wider political turmoil in many parts of the world, including trade wars and sanctions. Although political turmoil is often prevalent, it is apparent that currently it is far more acute than is generally the case. This position can be evidenced by the various economic policy uncertainty indices for the UK and global economies. When viewed against the backdrop of all those other risks, one needs to raise one’s guard. The situation is made even more hazardous when one sees that some economists are predicting that a worldwide recession is not far away while others are suggesting the UK is on the cusp of an economic surge. Furthermore the predictions on interest rates not only differ in quantum but also as to direction.

Applying risk management to such risks is extremely difficult and on any reasonable view a contractor is likely to include a significant risk premium if it is to carry such risks. Doing this could lead to inflated tender prices or create post-contract problems where the premium is still inadequate. Consequently it is unrealistic for a contractor to price all such risks and although price increases are probably more likely than decreases it is not impossible should certain scenarios materialise that some prices will reduce. In such circumstances it is not unreasonable for building contracts to provide for fluctuations; in fact it is sensible and fair to both contractor and client.

So how does one deal with fluctuations under a traditional standard building contract?

JCT 2016 editions of SBC and DB contracts provide three approaches, namely Options A (contribution, levy and tax fluctuations), B (labour and materials cost and tax fluctuations) and C (formula adjustment). However, Option A is the only one with its text in the printed contract; the others are available from the JCT website. This also applies to the digital version of those contracts.

The choice of fluctuation provisions should always be determined by the application of proper risk assessment – that is, which party is better able to quantify, manage and bear such risks. However, frequently this is not the case.

For practitioners not to do this could amount to negligence, particularly now that RICS has published its Guidance Note on Fluctuations.

Fluctuations will always be present, but current events have the potential to create unpredictable variations in material prices and labour costs: this requires more consideration be given than when dealing with general levels of inflation, which usually remain fairly subdued. This means Option B where specific materials are identified for adjustment and Option C using work categories (not work groups) are more relevant for current conditions. Where formula adjustment is used, particular attention is required to clause C2, which deals with articles manufactured outside the UK.

Delays in the supply of materials and labour are risks generally borne by the contractor – following the simple application of risk management principles. However, the present difficulty is that possible delays are not manageable. Whether the contractor would be able to secure relief through, for instance, SBC clause 2.29.13 (exercise of statutory power by UK government) or clause 2.29.15 (force majeure) is another question: one worthy of consideration prior to contract.