Lessons from the Garden Bridge fiasco

The odds were stacked against a bridge that offered little practical or economic benefit, but failing to secure adequate funding was its ultimate downfall 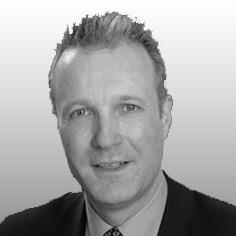 Sadiq Khan has pulled the plug on the Garden Bridge project following a damning report issued by the Labour MP Margaret Hodge. The report went against former mayor Boris Johnson - who had championed the project - claiming that it was always doomed due to the procurement process for the structure.

Since then, the architect who designed the project has expressed his dissatisfaction at the decision by Khan to withdraw a City Hall funding guarantee for the proposed bridge, and regret over the “endless political wrangling” that has left the £185m project hanging in the balance.

Due to the naturally complex structure required to build the Garden Bridge, regular maintenance would have been necessary, the cost of which was always going to be a major issue.

It seems almost certain that the Garden Bridge will not be going ahead, mainly because it is in no way deemed to be essential. In contrast, in the case of Pooley Bridge in the Lake District, which was badly damaged by Storm Desmond in 2015, there was no doubt about spending valuable resources rebuilding it. The destruction of the bridge literally divided the community, and severely damaged trade for local businesses.

When embarking on large infrastructure projects, one needs to ensure that the appropriate finances are agreed and secured at the early stages of the project

The Garden Bridge could not be justified in this way. It would have stretched from Temple underground station to the South Bank, in an area where there are quite a few means of crossing the Thames. It has also been designed as a footbridge, so would in no way help to free-up traffic in the area. The Garden Bridge shows that raising funds for such a project that is not essential either practically nor economically, is no easy feat.

In procurement terms, the bridge has had an immense weight stacked against it. As we have seen in projects like the Garden Bridge, a huge amount of focus is placed on how much the project is going to cost, and who is going to be financing it. The report published by Hodge highlighted that the final £70m had not been accounted for. It was this large remaining sum that Khan deemed too expensive a threat for the taxpayer.

The real issue facing this project is the uncertainty over private funding and the risk that the cost of the project may escalate (which it so often does). This places a spotlight on a common problem faced by many in the construction industry, which often leads to litigation and the delaying of developments. Many projects face scrutiny over how much public money is going to be used, particularly if there is an unusual structure and constant maintenance would be needed.

So is this the final chapter for the Garden Bridge? What lessons are there to be learnt? Despite protests it does look like this is the end of the line for the Garden Bridge project. When embarking on large infrastructure projects, one needs to ensure that the appropriate finances are agreed and secured at the early stages of the project, and that clarity around public and private funding is secured. This will help protect contractors and investors from disputes down the line - and in this case, avoid embarrassment for the politicians who decide to back high profile projects.