In a second judgment, before Mr Justice Ramsey, this case looked at whether or not Liberty was entitled to an order for specific performance in relation to a bond and warranties 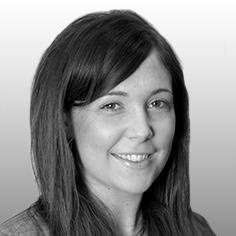 Liberty Mercian Limited (“Liberty”) entered into a contract with Cuddy Civil Engineering Limited (“CCEL”) in July 2011 in respect of a development project (“the contract”). The works were carried out by Cuddy Demolition and Dismantling Limited (“CDDL”) as CCEL was a dormant company with no assets.

Under the contract, CCEL was required to provide Liberty with a performance bond and two warranties from CDDL’s sub-contractor, Quantum GB Limited (“Quantum”), in favour of Liberty and Waterman Transport and Development Limited (“Waterman”).

The consequential issue of whether or not Liberty was entitled to an order for specific performance in relation to the bond and the warranties was considered at a subsequent hearing on 19 November 2013.

In deciding whether or not it was appropriate for the court to order specific performance, the judge had to consider three issues:

(1) Would damages be an adequate remedy?
(2) Would it be impossible for CCEL to provide the bond and the warranties?
(3) Was it appropriate for the court to exercise its discretion and order specific performance where, amongst other things, this would require the court to supervise CCEL’s procurement of the bond and warranties?

Would damages be an adequate remedy?

The judge decided that damages would not an be an adequate remedy for the non-provision of the bond and warranties, in particular where CCEL’s lack of assets made it unlikely that a money award for damages would be satisfied.

The judge rejected CCEL’s argument that its claims against Liberty arising out of the termination of the contract were relevant to the contractual obligation to provide the bond, the purpose of which was to protect Liberty against default by CCEL. Furthermore, the failure by CCEL to provide the warranties, which would have given Liberty a direct right of action against a third party with professional indemnity insurance, could not be adequately remedied by an award of damages.

Would it be impossible for the bond and warranties to be provided by CCEL?

The judge found that the evidence on impossibility was unsatisfactory – it was not clear if CCEL had exhausted all possibilities in pursuit of a performance bond. There was sufficient evidence before the court to suggest that CCEL had access to funds and that an arrangement was in place between CCEL and CCDL which meant that CDDL might be able to obtain warranties from its sub-contractor Quantum.

Was it appropriate for the court to exercise its discretion?

Whilst the judge accepted that some court supervision would be necessary, including in relation to the identity of the bank/insurer and the expiry date of the bond, the level of supervision required would not preclude the court from granting specific performance.

Although the judge would have granted specific performance, he was reluctant to do so in circumstances where such performance might yet prove to be impossible. Therefore CCEL was ordered to use its best endeavours to obtain the performance bond and the warranties and return to court with further evidence of its efforts.

Specific performance is a discretionary remedy that traditionally has not been favoured by the courts in construction disputes. This is mainly due to the practical difficulties involved where the court’s supervision is required to ensure that performance of the contractual obligation is carried out.

However, the courts will consider specific performance as a remedy where, as in this case, the obligations are ancillary to the building works, even though some level of judicial supervision will be required. The decision of the Judge to give CCEL a further chance to establish that it was impossible to perform its obligations shows a cautious approach. The Judge noted that the court would be reluctant to grant specific performance if the evidence presented confirmed that performance could be impossible.

Note that failure to comply with an order for specific performance will amount to contempt of court and could result in a penal notice, fine or imprisonment (see Practice Direction 40B).