This case, before Mr Justice Edwards-Stuart in the Technology and Construction Court, raises several issues around letters of intent and the appointment of an adjudicator 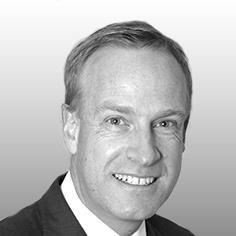 Volkerfitzpatrick Limited (“VFL”) was the main contractor for the construction of a warehouse and wine bottling plant near Bristol. VFL selected Twintec Industrial Flooring (“Twintec”) to construct the floor slabs. In a letter of intent (“the LOI”) issued to Twintec on 5 October 2007 VFL stated that it was not yet in a position to enter into a subcontract. However, the LOI authorised Twintec to proceed immediately with all works necessary to achieve the design programme and construction programme in accordance with certain documents, including the minutes of the tender review meeting dated 28 September 2007 that confirmed the parties’ agreement to use all the terms of the DOM/2 standard form of subcontract. The dispute resolution clause in the DOM/2 standard form includes a list of adjudicator nominating bodies and provides that in default of the parties’ selection, the nominating body will be the President of the Royal Institution of Chartered Surveyors (“RICS”).

In the event, no formal contract was ever entered and Twintec carried out the works under the LOI.

The employer subsequently contended that the floor of the warehouse was unfit for purpose on a number of grounds including that the piles supporting the floor slab were not properly founded and that the concrete floor slabs themselves had been defectively constructed by Twintec. VFL arranged for the defects to be investigated and tested. Full scale static load tests were carried out and paid for by VFL at a cost of around £850,000.

The employer subsequently commenced proceedings in the TCC. During December 2013 some 10 months before the trial fixture, VFL commenced adjudication against Twintec claiming the £850,000 static load test costs, alleging that Twintec’s poor workmanship was the major cause of the need to carry out these tests. VFL followed the default provision in the DOM/2 form and submitted a request for the appointment of an adjudicator to the President of the RICS.

In response Twintec applied to the TCC for an order restraining VFL from pursuing the adjudication. Twintec’s contention was that the adjudicator had been appointed under a provision that was not part of its agreement with VFL.

VFL argued that where the LOI required Twintec to carry out its works “in accordance with” the appended documents, the DOM/2 standard form was thereby fully incorporated into the LOI.

Was the adjudicator validly appointed under a binding contractual provision?

The judge accepted that the LOI was a simple free-standing contract that would govern the parties’ legal relations until a formal sub-contract was entered into. The words “in accordance with” were to be given their natural meaning so that on a proper interpretation, under the LOI Twintec was obliged to carry out all the work necessary to achieve the design and construction programmes in a manner that complied with the documents referred to in the LOI and to do so in a manner that did not put it in breach of any of the obligations set out in the DOM/2 standard form conditions.

However, as a matter of construction, secondary obligations within the DOM/2 conditions such as compliance with indemnity clauses and completing the dispute resolution clause were not incorporated into the LOI and equally were not necessary to give business efficacy to the LOI.

Thus, VFL had requested the appointment of an adjudicator pursuant to a provision that was not a term of the contract made between the parties meaning that the adjudicator did not have jurisdiction. The judge therefore granted an injunction to restrain VFL from continuing with the adjudication.

Injunctive relief is rarely granted to restrain ongoing adjudication proceedings but if an adjudicator has not been appointed under the correct contractual procedure agreed between the parties, then his/her appointment will be ineffective.

In this case it was irrelevant that where in the absence of agreement in the LOI as to the nominating body, an RICS appointment could have been made under the scheme in any event, because there was no evidence before the Court that Twintec had agreed who the nominating body should be.

On the judge’s interpretation of the LOI, the scheme applied but VFL had not sought a Scheme appointment. Although sympathetic the Judge ultimately rejected VFL’s submission that Twintec was relying upon form over substance on the grounds that the validity of the procedure by which the adjudicator was nominated goes to the heart of his/her jurisdiction.

If there is any uncertainty as to the procedure by which an adjudicator should be nominated, then the sensible way of avoiding the difficulties encountered by VFL is to contact the other party in advance and invite them to agree an adjudicator or an adjudicator nominating body. Absent clear agreement the Scheme will apply.