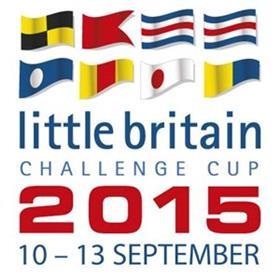 Today marked the start of the Little Britain Challenge Cup in Cowes. With 60 yachts racing over the next few days, the test race saw the start of the camaraderie and competitive spirit that comes with the largest property and construction industry sailing regatta.

A pontoon party sponsored by Asite started the networking and brought the first of the party spirit. The sentiment here is positive and upbeat. Little Britain attracts a range of businesses, from developers and investors to architects, construction companies, advisers and product suppliers. Regardless of what role they play in the industry, there’s a recognition that we’re not back on solid ground but we’re heading in the right direction - there’s work to be had.

Throughout the course of the evening, more people arrived to be part of the official race today. Some people weren’t so keen on the queues that Bestival created in Southampton so decided to make their own way over - returning competitor Assael Architecture hired a rib for its whole team. Like Domus, and befitting Building’s number one employer from the latest annual Good Employer Guide, they’re using Little Britain for some quality team building.

Whether its team building or client entertainment, there’s an excitement in the air and, as we wake to the second day, the sun is still shining. More from me later.

Building is media partner for the Little Britain Challenge Cup.