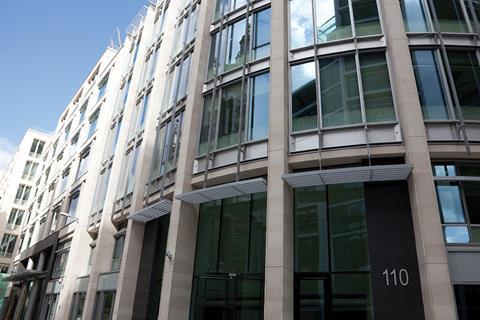 The Rolls Building, home of the TCC. Could mandatory cost budgeting affect its international standing?

By all accounts the size of the response – 68 written submissions - and strength of feeling engendered by the Civil Procedure Rules Committee’s (CPRC) recent consultation into the future application of mandatory cost budgeting and management within the specialist civil courts seems to have come as something of a surprise to the powers that be.

By mid-October we should know how the CPRC intends to proceed in the light of the recommendations of the sub-committee tasked to conduct the consultation earlier this summer which was chaired by Mr Justice Coulson.

Mandatory cost budgeting and management, to be contrasted with the discretionary regime which it has replaced, was introduced into civil courts on 1 April this year. It has proved highly controversial. This consultation focused on whether the current exemptions from these rules – for allCommercial Court cases and in the other specialist courts such as the Technology and Construction Court (TCC) for cases worth more than £2m – should be swept aside.

It is impossible to accurately predict costs at the outset. Forcing people to try will result, if anything, in driving litigation costs upward

Our position is somewhat more radical. We believe that clients’ interests would be best served by making cost budgeting discretionary across the board no matter the “value” of the case that might be calculated. It is not that we are against cost control. On the contrary, cost control and proportionality are essential in litigation.

We accept that in some parts of the court system there is a need for draconian intervention of this sort. However, in the absence of any evidence to show otherwise - and we are aware of no such evidence - we do not believe there is a need for it in the specialist courts such as the TCC.

There are a number of reasons for this. First, solicitors are already under strict rules to provide cost budgets to their clients. Second, it has for some time been normal practice within the TCC for budgets to be provided to the court early in the litigation and the court has extensive powers over costs including the power to cap them. Finally, most litigants in the TCC are companies sophisticated enough to ensure that they receive appropriate protection in this connection.

Our main concerns with the new regime are as follows:

These are just some of the reasons why we have urged the senior judiciary to give the specialist courts a blanket exemption from these rules. We simply do not see the need for this sort of intervention and there is no evidence to justify it. When you have a perfectly satisfactory system why change it, particularly when doing so simply compounds the problem which you are seeking to eliminate.

We also do not see a case for maintaining the existing status quo whereby the new regime applies to cases worth up to £2m but not to higher value cases? We understand the theory that the lower the value of the case the greater the risk of proportionality problems. But equally the smaller the case the more detrimental will be the impact of the additional cost and interference that the new system will mean in practice. Above all, there is no evidence of this being a real problem in the TCC.

If ever there was a case of the proposed remedy being worse that the disease it is supposed to cure this is it. The introduction of mandatory cost budgeting within the specialist courts could seriously damage civil justice in this country for generations. It will mean many traditional users deserting the courts as the established forum for final resolution of disputes and that will damage the development of the law.

Ultimately, it will damage the international reputation of our legal system and affect its competitiveness in attracting international work.

Dominic Helps is a consultant for construction specialist law firm Corbett & Co. Simon Tolson is senior partner in Fenwick Elliott. They are writing here in their capacity as members of the Technology and Construction Solicitors’ Association (TeCSA) committee, of which Simon is the chairman 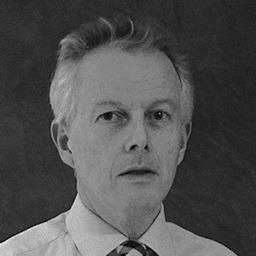 The cries of anguish, as if from drowning men, come predominantly from legal services providers

Stephen Love is a legal adviser at Costain Group

Litigation costs are akin to running a luxury powerboat. Fuel consumption is always given in litres per hour, the logic being that the forces of nature make it impractical to determine the distance that can be travelled for any given amount of fuel.

Lawyers similarly suggest that pounds per hour is the only sensible way to proceed as it is impractical to determine the hours needed to conclude a trial.

Those funding High Court actions are in a precarious position. Not only are they faced with considerable uncertainty as to how much the process is going to cost, they also face the certainty that half of them are going to lose and have to pay costs amounting to hundreds of thousands of pounds if not millions.

The aim of mandatory budgets or caps is to keep costs down. If lawyers have to take more care in navigating uncharted water without running out of fuel, i doubt you will hear many complaints

There will be those in court, the legal service providers, who will be very hard working, highly intelligent individuals who in financial terms are unaffected by the judge’s decision one way or the other.

The stated aim for imposing mandatory budgets or caps is to keep costs within reasonable bounds.

If lawyers as a result have to take far more care in navigating uncharted waters and coping with strong headwinds to ensure that they make landfall without running out of fuel I doubt whether you will hear many complaints from the paying passengers.

Surprisingly the cries of anguish, as if from drowning men, are coming predominantly from the legal service providers rather than the funders.

Mandatory budgets should be introduced. The risks that costs will rise, injustices will result and lawyers will earn less are slight, if not fanciful. 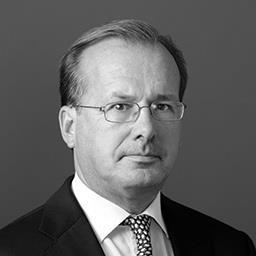 Martin Bowdery is a QC at Atkins chambers. He is vice-chairman of the Technology and Construction Bar Association (TECBAR)

TECBAR’s position is that costs management should not be made compulsory in any TCC case in the High Court for the following reasons:

That is what the Jackson Review of Civil Litigation Costs recommended in its Final Report
That there is no evidential basis for suggesting that most cases in the TCC are not already concluded at proportionate cost
Introducing compulsory cost management in the absence of any evidence that most cases in the TCC are not concluded at proportionate cost will have the unintended consequence of increasing the cost of TCC litigation because the cost management process itself “brings its own costs”
Compulsory costs management will involve significant changes to the existing procedures of the TCC which will be unacceptable to many overseas litigants who choose London and the Rolls Building as their forum for resolving disputes rather than arbitration, and is contrary to the aims and policy behind the creation of the Rolls Building as a government promoted forum for resolving major national and international commercial disputes.

Furthermore, to avoid forum shopping, all cases commencing in the Rolls Building should be governed by the same regime – no compulsory cost management.

If these “significant bold changes to the existing procedures of the TCC” are continued and expanded to all cases above £2m or any case in the TCC, then there is a real risk that the Rolls Building will no longer be the forum of choice for many domestic and international litigants. Lawyers will be advising clients to commence arbitrations to ensure a higher recovery of these costs.

Given these circumstances, the costs management regime should not be made compulsory for any TCC case in the High Court whether the sum exceeds £2m excluding interest and costs or not.