Migrant salary rules: Your next headache 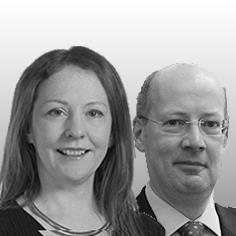 Immigration law has become a topic of great political sensitivity of late and new rules, to come into force next April, will make it harder than ever for employers to retain the skilled migrant workers on which the industry has traditionally relied. This is not good news for the construction industry, which is already dealing with skill shortages and needs to resource growth over the next few years.

The problem does not impact workers who have the right to work here by reason of European Economic Area (EEA) citizenship, so the issue is not about the archetypical Polish builder. The CITB predicts that 44,690 new workers will be needed each year and it is where employers need skilled workers such as engineers, surveyors, project managers and others that the changes will bite. Major projects could face particular difficulties. The ability to employ migrant workers in these roles is becoming materially more difficult.

Such skilled roles are currently eligible for sponsorship by employers under Tier 2 of the points based system. This means that employers have the option to recruit workers from outside the EEA into these jobs, provided that they can demonstrate that it wasn’t possible to recruit a resident worker to do the job in question - not a problem where there are acknowledged skills shortages. A significant number of employees are therefore sponsored in these roles. However, the forthcoming changes will make it difficult for sponsored workers in these roles to stay in the UK in the long term.

Changes to the settlement rules will mean that certain migrant workers who had planned to make the UK their home on a permanent basis will have to leave the UK after they have spent six years under Tier 2. Moreover, a new minimum salary requirement will apply to those who wish to settle in the UK.

Highly paid employees will be able to settle, whereas those paid below the £35,000 threshold will have no option but to leave

Employees will need to earn £35,000 (or a higher “going rate” for the job) if they want to settle after having worked in the UK for at least five years. If they do not qualify, they will generally need to leave the UK once they have spent six years working under a Tier 2 work visa. They cannot then return for 12 months.

Nevertheless, some exceptions to the rules do exist and the industry will want to bring pressure to bear in this respect.  For example, jobs which appear on the shortage occupation list (which includes certain types of engineering jobs) do not need to meet the same salary thresholds. However, these exceptions are very limited.

So, highly paid employees will be able to settle, whereas those working in roles that are paid below that threshold will have no option but to leave. These changes will have a significant impact on employers in the construction industry for jobs that are not paid over £35,000. The changes are particularly harsh on employers who have spent several years investing and training staff who they want to keep, and who they will have difficultly replacing due to skills shortages.

Under current rules, the level of earnings is not relevant when someone applies for settlement - so if a migrant worker had been working for five years in Tier 2, they would generally qualify for settlement. This new rule therefore represents a significant shift change in immigration policy.

The government has also announced that it plans further changes to Tier 2 sponsorship rules over the coming months. When implemented, these changes will make it more difficult for employers to sponsor skilled overseas workers. The Migration Advisory Committee was asked to recommend changes to Tier 2 of the points based system. The MAC recommended in August that the government should be cautious over any early decision to raise the minimum salary requirements for skilled migrant workers until its wider review of the Tier 2 route is concluded later this year. It also said that there is a case for increasing the overall minimum threshold for Tier 2 (general) - currently £20,800. Minimum salary requirements for each job may therefore be changed once the review is complete which would effectively rule out sponsorship for certain categories of workers.

The policy aims are clear. The government wants to reduce net migration and for employers to focus on training home grown workers to fill any skills gaps. Longer term, the industry will need to look again at training an adequate pool of indigenous labour.

However, in the short term, in cases where it takes many years to train staff to do the job in question, the policy change will present a headache for employers, and the industry is going to face a significant challenge to fill these gaps.

Elaine McIlroy and Michael Ryley are partners in the employment, pensions and immigration team at Weightmans