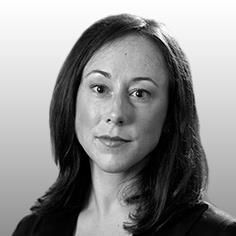 Miller Construction (UK) Ltd (“Miller”) was appointed as the design and build contractor for a new facility at Motherwell College in Scotland. Building Design Partnership Ltd (“BDP”) was the lead consultant and architect for the project and their services included acoustic and building services engineering.

After completion of the project, complaints were made about stuffy classrooms and it was discovered that the ventilation system did not comply with the contractual requirement of a fresh air flow rate of 8 litres per person per second. A new system was installed at a cost of approximately £450k.
Miller commenced adjudication to recover the cost of the ventilation system from BDP. The adjudicator found that BDP was not involved in the actual selection of the ventilation units, but that that both Miller and BDP were involved in the process of managing the installation of the units. The adjudicator held that BDP had not fallen below the standard of skill and care expected from a reasonably competent lead consultant, but that they did retain a degree of accountability for the performance of the ventilation system as a whole and had an obligation to design a system which complied with the contract specification.

The adjudicator found that as both parties shared responsibility, they should be liable on a 50-50 basis. He therefore awarded approximately £225k to Miller. BDP failed to pay and Miller applied to the court to enforce the adjudicator’s decision.

The judge held that the adjudicator’s decision and the reasons leading to it were “clear, coherent and readily understandable”. It was not muddled or confused. Furthermore, the adjudicator was entitled to decide the dispute on the basis that he did. The Judge held that the adjudicator had not embarked on a “frolic of his own”. The decision was within the scope of the dispute referred and there was no unfairness by not giving the parties an opportunity for further submissions in respect of his intended approach.

The judge was of the view that BDP took too narrow a view as to the issues in the adjudication and the scope of the adjudicator’s decision-making powers. The broad issue before the adjudicator was whether BDP took responsibility for the design of the ventilation system which failed. This was supported by the exact wording used in Miller’s Notice of Adjudication: Miller alleged that BDP were in breach of contract “and further in any event” they failed to meet the standard of skill and care required of a competent M&E engineer by providing a defective design. To succeed, Miller did not have to prove negligence.

Accordingly, the judge granted a summary decree (the Scottish equivalent to summary judgment) in favour of Miller as there was no sound basis for challenging the adjudicator’s decision.

This Scottish judgment is a reminder of the well-established authorities that provide an adjudicator with considerable leeway in terms of their decision-making powers. Specifically, Lord Malcolm referred to judgment of Chadwick LJ in Carillion Construction Ltd vs Devonport Royal Dockyard Ltd (2006). In Carillion it was confirmed that an adjudicator is not required to adopt one or other of the parties’ submissions, he can take an intermediate position without giving notice of his intention to do so, provided his decision is within the scope of the dispute referred. Accordingly, the referring party must take care when drafting the Notice of Adjudication. It is this document which is “the cornerstone of both the adjudicator’s jurisdiction and the scope and limit of the referring party’s claim in adjudication…” (Coulson on Construction Adjudication, paragraph 3.15).

Lord Malcolm reminded the parties that the Court should be very slow to refuse enforcement on the grounds of breach of natural justice or that the adjudicator has exceeded his/her jurisdiction.