My constituents need HS2 to improve their connectivity

The line is value for money, says Kevin Hollinrake 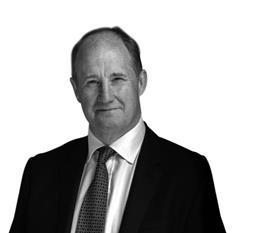 More than 30 Conservative MPs and I, representing seats in Yorkshire, the North-west and the Midlands, wrote to the prime minister calling on him to deliver the full HS2 network so it reaches and connects the great cities and towns we represent.

It is clearly a concern that the likely costs of HS2 are estimated at £88bn by the National Audit Office, up significantly on a like-for-like basis from the original figure of £56bn. However, according to analysis commissioned by independent body the Northern Powerhouse Partnership, this still represents a return on investment of more than £2 for every £1 invested, giving a bigger payback than recent London-based rail projects such as the 1990s Jubilee line extension and the ongoing Thameslink programme.

>> Sajid Javid set to back HS2
>> Revealed: How much construction stands to lose if HS2 is pulled
>> How can HS2 keep risk on track?

Some argue the money would be better invested in our existing Victorian rail network. Even if this was a workable alternative, the disruption would be catastrophic – multiply 10-fold the recent chaos on TransPennine routes as a result of similar engineering works and extend the disruption for a decade.

HS2 is not simply a means of getting to London more quickly – it is vitally important to increase capacity on lines in and out of the capital, but also between Manchester, Leeds, Sheffield, Liverpool, Newcastle, York and wider northern towns and cities, as well as other major regional economic centres such as Birmingham, Derby, Nottingham, Edinburgh and Glasgow. A super-connected North or Midlands is not as powerful as it could be unless it is super-connected to the rest of UK.

The UK must invest in low-carbon, high-connectivity modern rail schemes to tackle climate change and to meet increasing demand.

There is a potential aggregate gross value-added prize for the North of £1,008bn between 2035 and 2050. A total of 20% of the benefits of Northern Powerhouse Rail would be delivered from long-distance journeys on the HS2 network. In addition, locally-led growth plans across the HS2 route will add almost 500,000 jobs and nearly 90,000 homes.