The CAD author for isurv on pitching TV shows, venting frustrations in German, and understanding the entire history of mankind 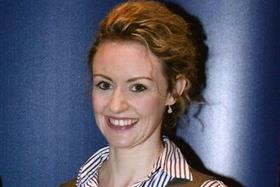 I’m a big fan of moshimonsters.com. Although the recommended age range for players is 4-8 years, looking after your own monster and buying them bangers and mash popsicles is a great distraction. It’s also a wonderful success story of a philanthropic British business.

Attempting to research and understand the entire history of mankind, via Google. Usually on weekdays between the hours of 11pm and 2am.

Having been with Blackberry for a number of years, I eloped with an iPhone 4S twelve months ago. Sorry.

I have found LinkedIn to be an increasingly valuable tool for networking and the sharing of ideas. Also of course for shameless self-promotion.

I use twitter for “interesting” news feeds, banter with friends and attempting to push ideas onto @Kevin_McCloud and @MrGeorgeCarke for their TV shows … I can only assume they are still mulling over my pitches.

I deactivated my Facebook account some time ago upon exploring the jobs market. This was also upon hearing a friends horror tale of photos from his Bad Taste Party (Political Leaders of the Past) appearing on the computers of various managers. They didn’t find it as funny as the ‘leaders’ on the photos did.

For services to comedy, I recommend @profanityswan for his commentary on life and “ice dancing”. On a serious note, I recommend @ArifBBC who is a regional political editor for the BBC. His construction of the written and spoken word in debates is a wonderful source of inspiration!

I particularly like the Deloitte iNsight app for snappy business news from around the world.

In the interests of sustainability, email and phone is my primary method work-wise, due to the number of associates I work with, who are in offices many miles away. When I was training for my APC, I used Skype for interview and presentation practice which was a really useful way of conversing with industry experts whilst wearing pyjamas.

Regarding personal use, when not face-to-face, I text and use Twitter. Increasingly, I use Twitter more and more because if it’s an awkward conversation, it’s at least limited to 140 characters.

The IT Crowd, Series 1-4 on DVD. After working in an office for seven years, I regard it as more of a documentary than a comedy series.

Mac. How else am I going to so easily synchronise an iPhone, MacBook Pro, MacBook Air and 2 iPods?! However I also have Microsoft Windows for Mac so that I can cover all eventualities.

The morning commute; Duran Duran, Robert Palmer and Huey Lewis and the News (“You might think I’m crazy but I don’t even care”).

The evening commute; Matrix soundtrack, Rammstein (to vent frustrations in German) and specifically the song “99 Problems” (“I ain’t passed the bar but I know a little bit”.)