Myanmar (or Burma): The opportunity and the uncertainty

The economy could grow to $300bn by 2030 but it lacks major infrastructure. Here’s what you need to know about doing business in Myanmar 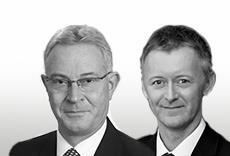 The uncertainty begins with the name, Myanmar or Burma, as President Obama recognised on his visit to the capital city of Yangon or, if you prefer, Rangoon. A country of 60 million has emerged blinking into the light after years of political and economic hibernation. It has great needs and, consequently, great possibilities for foreign investors. McKinsey has suggested the economy could grow to more than $300bn by 2030 yet there is a huge shortage of infrastructure in power, water and transport and supply chain opportunities at all levels. But just how hard is it for UK construction to do business there?

Very little international business has been done in Myanmar for over 20 years and the World Bank “Ease of doing business” tables do not give it a ranking. Sanctions have been in place but, since former Prime Minister U Thein Sein became President in March 2011, Myanmar’s political and economic reforms and the release of Aung San Suu Kyi have encouraged the U.S. and other countries to ease sanctions.

The country’s current reform agenda includes breaking up large monopolies, a major privatisation programme and working with the IMF on the unification and flotation of the exchange rate. Major challenges remain, not least updating the banking system, improving infrastructure and communications, and establishing a stock exchange.

The Foreign Investment Law was substantially revised in 2012, with the ultimate objective of attracting more foreign investors. It provides a roadmap for investment; for example, legislation issued under the Law requires a joint venture for construction and infrastructure projects, including bridges, highways, and golf courses, and development and sale of residential and office buildings.

But behind every construction contract there needs to be a legal safety net and on that front Myanmar has some catching up to do. Its legal framework is based on a combination of laws from different periods of its history, from colonial past to present day. Much of the law is recognisable to English and other common law lawyers but much has fallen into disuse since 1962. Its implementation is consequently subject to local practice and that means unwelcome uncertainty.

Enforcement under the common law-style judicial system is also a problem. Many foreign companies have shown reluctance to invest in Myanmar because it still lacks appropriate dispute resolution machinery. The judiciary’s independence, impartiality in international commercial disputes and effectiveness of the rule of law are all concerns, not to mention the usual issues as to expertise and speed and potentially obstructive regulations left over from the socialist period.

Contracts between foreign companies and state-owned enterprises generally specify Myanmar law as the governing law and provide for disputes to be arbitrated in Myanmar under the 1944 Act.

Myanmar’s decision this year to accede to the New York Convention on the Recognition and Enforcement of Foreign Arbitral Awards is a positive move but Myanmar is currently not a party to the ICSID Convention.

And then there is corruption, said to be endemic throughout Myanmar and the target of government efforts to reduce it. Myanmar is ranked at 172 out of 174 in the 2012 Transparency International Corruption Perceptions Index, with only Sudan, Afghanistan, North Korea and Somalia with worse ratings.
Myanmar also appears in the global standards-setting Financial Action Task Force June Public Statement, due to deficiencies in their anti money laundering and counter-terrorist financing regime.

So opportunity in Myanmar, or Burma, comes with the uncertainty of a country whose legal infrastructure is yet to catch up with the 21st century and where corruption is a key concern. But Hilary Clinton has said that investors should be agents of positive change and Coca-Cola is now being bottled i

Myanmar for the first time in 60 years. The tide is turning - but proceed cautiously.