NEC – stick to the plan

The NEC demands a devoted approach in its parties – but follow the contract closely, and everything should go smoothly 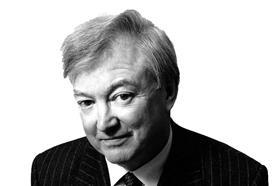 My dad would have liked the NEC. He was pernickety, precise and exacting. His Morris Minor had a handbook: he read it; he followed it. The tyre pressures were checked weekly, so too were the oil level and the water; the windscreen and the headlights were always wiped clean before driving off – it said this was vital, in the handbook. The NEC is a handbook too. Trouble is, these days the handbook in my flash Mercedes is safely tucked away somewhere. Never seen the light of day. As for tampering with my dipstick, I don’t even know how to get under the bonnet. I like my Mercedes, and I like the NEC contract – but reading the instructions is a tad too tiresome.

The plain flaw in the NEC is not the document. Instead it is in the ordinary everyday human requirement to actually get stuck in and work to it every day

In short, no matter how clever and how well done it is, or how much sense it makes, it is a fact that the NEC contract has a deep flaw. Like my dad’s car, it needs attention morning, noon and night. Take a look at the dispute Northern Ireland Housing Executive vs Healthy Buildings (Ireland) Ltd. It was a professional services NEC contract for consulting and survey works on asbestos risk on a couple of buildings in Belfast. Within a few weeks of making a start there was an instruction, in the site minutes, changing the scope.

Goodness knows why this wasn’t thought about before entering into the contract, but there we are; it happens time and again. And then what happens is that nobody seems to have read the handbook. The NEC has a rigmarole for instructions (it is chock-a-block with rigmarole), and it says the project manager is supposed to give a written instruction changing the works information.

But he didn’t. He did nothing.

Before you scoff, note carefully that that is very ordinary. That’s life. My dad, though, would have followed the book to the letter. His handbook demanded wiping the chrome bumpers on the Morris Minor before we set off anywhere, so that’s what he did. Had he been project manager on that Belfast site, he would have read the NEC that morning and polished its core clauses. He would have sent out a pro forma tick-box sheet via email, if email and the pro forma had been invented.

When some five months later it dawned on the contractor that the rigmarole had not been followed, he set about rescuing the palaver. He sent a notice notifying the instruction to the bloke who gave the instruction in the first place. Three months on, the instructor now instructed the instructee to provide a quotation. He did. Then the instructor rejected the quoted price, priced it himself (because the bumf says he can) and priced it at zero. Are you keeping up?

By now the parties were at odds. The contractor is likely narked. It took 11 months for the employer to reveal he had no intention to pay for the instruction. So then the parties began the divorce. They adjudicated, then they went to the High Court, then, heavens above, to the Court of Appeal. All that was about trying to fathom the meaning of the phrase “compensation event” from the original scope of works. The Housing Executive came off second-best every time. The project manager ought to have given an instruction because this was a compensation event.

My point is that the lack of action, the lack of following the handbook – the lack of high maintenance, day in and day out, to follow the machinery in NEC – is fuel to the disputes game. And I have begun to accept, as do other folk, that an NEC contract is not about building the confounded edifice, nor about providing professional services; it is all about following the rules in the handbook.

The narrow point is whether the ordinary everyday life of building folk is just too busy to attend upon the high-maintenance device. The Court of Appeal of Northern Ireland remarked in this case: “The introductory section of NEC3 records that NEC standard contracts are designed to stimulate good management of the relationship between parties to the contract and hence the work included on the contract. It claims to be a clear and simple document – using language and a structure which is straightforward and easily understood.”

Assume, please, that the court did not have its tongue in its cheek. The plain flaw in the NEC is not the document. Instead it is in the ordinary everyday human requirement to actually get stuck in and work to it every day. A major contractor told me he finds NEC is way ahead of JCT, because he can price what NEC requires. He prices for a full-time manager or QS to be devoted to NEC. The document is on the desk, in his pocket, on his bedside cabinet. It insists, nay demands, being followed all and every day – and if you do this, you stand a real chance of turning in a very successful performance, whether building something or providing professional services.

Just for the record: the dispute didn’t stop at the Court of Appeal. The row continued in court to decide how the NEC machinery worked. Now it only remains for the disputants to calculate the final sum – and perhaps add up what all the legal costs come to.